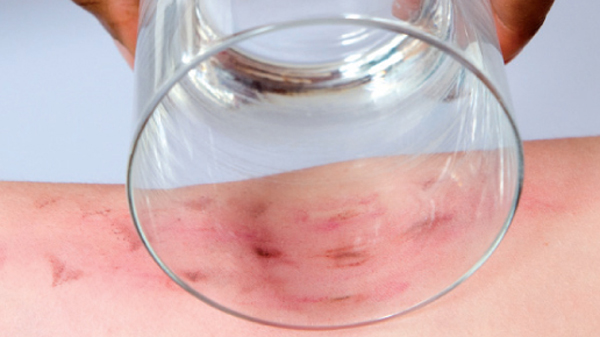 Medical Matters: What is meningitis and what we need to know

Meningitis has been in the news recently with tragic outcomes. So what exactly is it? And what do we need to know. IF YOU SUSPECT IT – GET MEDICAL HELP IMMEDIATELY.

Meningitis is inflammation of the tissues around the brain – the meninges. It is very serious and can be caused by either viruses, bacteria or less commonly fungi. Often a blood infection or septicaemia will be present also.

Anyone can be affected but the most common age group affected with meningococcal meningitis are children under the age of 5 and teenagers.

Viral meningitis is more common than bacterial meningitis and is usually a complication of a viral illness. Most affected people go on to make a full recovery. Fungal causes for meningitis along with TB meningitis are thankfully very rare.

So how do we get it?

Meningococcus and certain other causes of bacterial meningitis live without causing harm in about 1 in 4 of us. Close contact, kissing or sneezing can result in this bacteria being transmitted and rarely the immune system is overcome and septicaemia and/or meningitis results.

We don’t know why some people are unaffected by this bacteria while others are, with devastating results. The risk of catching it from another affected person is low but can happen. Other bacterial causes of meningitis may get into the meninges from infection in other parts of the body.

Viral meningitis can be caused by mumps, herpes, chickenpox and influenza as well as other viral infections.

What are the symptoms?

This is the important part. Not all symptoms occur and sometimes the classical symptoms of a rash or stiff neck may not occur at all, or only very late. Early warning signs include feeling or looking generally unwell. The patient may be feverish, tired and nausea.

These are quite common symptoms of many illnesses unfortunately!
Early symptoms which may arouse suspicion include leg pains, cold hands or feet even when the child has a fever as well as pale, dusky or blue-ish tinge to the skin around the lips.

The meningitis rash is common with meningococcal infection but does not always appear. Small red or purple dots appear anywhere and often grow and look like a bruise. The glass test involves pressing a glass on the rash – if the rash does not fade get it checked out immediately.

Other symptoms in babies include crying excessively – often different or higher pitch than their usual cry, rapid breathing, fever, irritability, food refusal, vomiting, drowsiness, a bulging soft spot at the top of the head (fontanelle) and sometimes jerky or even floppy movements with pale or blotchy skin.

The difficult thing about meningitis is that symptoms often develop rapidly and not all symptoms occur. Initially, it may look like a flu with temperatures, headaches and vomiting. The difference is that the symptoms worsen, and rapidly.

Will this be diagnosed in my GP surgery?

Your GP may suspect meningitis, and in fact, may even initiate treatment, but hospital-based tests and treatment are required urgently. Blood tests, lumbar puncture and scans are required.
Treatment.

Bacterial meningitis needs urgent injected antibiotics and often intensive care may be required to treat complications like shock and administer other medicines such as steroids.

Viral meningitis may be treated initially with antibiotics until tests confirm that the cause is viral. Then antibiotics are stopped and other medicines may be used because antibiotics are ineffective against viruses.

The earlier the treatment, the better the prognosis. Most people make a good recovery if treatment is initiated early enough. The fact that bacterial meningitis can mimic other less serious conditions initially can make recognition difficult however and delay treatment. Complications can include loss of hearing, epilepsy, learning problems, kidney, bone and joint problems. Viral meningitis, while very unpleasant, usually results in a full recovery.

Can we prevent it?