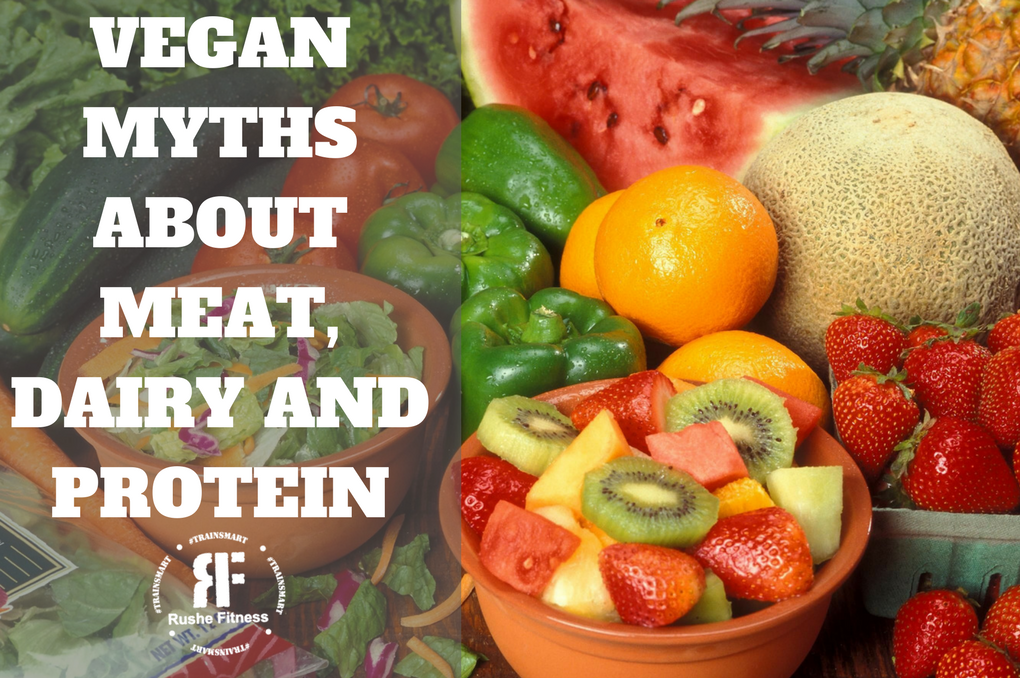 First off, this isn’t an attack on vegans or vegetarians or on any plant-based eaters.

There is a lot to be said for adding more fruit and vegetables into our diets and most people could do with an increase of both, but with that being said there is nothing wrong with eating meat either.

If you have seen the documentary ‘What the Health’, it makes some interesting claims that were a bit obscure and others that were completely wrong.

These are some of the ones that I have heard back to me on several occasions in the past year and I think it’s time to clear them up.

I have debated on whether to write this or not, as I have seen the backlash that people can have to this subject, but you can’t spread false information as fact and expect it to be okay.

The documentary makes the claim that the average American is eating almost double the daily requirement of protein that they need.

Dr Gareth Davis stated that an average sized male would only need around 56g of protein per day to meet his needs and that anything else would be unnecessary.

This is not the case.

The minimum advised by the WHO is 0.8 grams of protein per kilogram of body weight. This is the minimum amount you need to keep from getting sick — not the specific amount you are supposed to eat every day.

That would leave a 70kg person on the 56g that Dr Davis recommended, but again, that is the MINIMUM to prevent illness, not what you should be taking.

For people who are active or training you would actually be looking at between 1.6-2.2g of protein per kg of bodyweight, which would take our 70kg person up to between 112g and 154g per day.

Protein needs have been pushed as far as 3g/kg of bodyweight in trained individuals with no ill effects.

So, the answer to this is, no, we are not eating ‘too much protein’.

Dr Alan Gold Hammer made the statement that meat wasn’t needed to get your daily protein needs and that you could get them from eating 2000 calories of brown rice or broccoli.

Neither is a sensible way to get your protein intake and his comment was irresponsible at best, especially to vegans, as that way of eating would fall short on many nutrients.

The next statement that was made by Dr Milton Mills, was that the animal doesn’t make the protein, they get it from grass and plants that they eat, so in turn we do not need to eat meat to get our protein.

He also made the comparison that the largest animals on earth are all herbivores.

While this may be true, that the animals we get meat from eat grass, they also have the ability to digest and ferment it, and humans don’t, so grass is out as a food source.

If we take the Gorilla as a comparison for eating plants for ‘getting big and strong’, the Gorilla eats around 40lbs of vegetation per day, I don’t think that is feasible for a human.

Again, this isn’t a jibe at Vegans and I know that my response above is blunt. But it’s a response to his argument, and it’s fitting as his argument is just stupid.

Making silly statements like that is doing a disservice to people and raises more questions than it answers.

The documentary made claims that diets high in meat, dairy and eggs caused diabetes, cancer and heart disease and was as bad as smoking.

For the cancer argument, this Meta-analysis would disagree.

They found that “our meta-analysis demonstrates that dairy product or calcium intake is not significantly associated with lung cancer risk. Although it is a negative finding, it provides a conclusive answer to the issue, and reveals an intrinsic connection based on the current evidence.”

You also need to look at whether you are eating too much processed meats compared to leaner cuts of pure meats.

How the meats are cooked will also have a factor, but this still doesn’t make them as bad as smoking as was claimed.

Does a high protein diet cause diabetes? No!

Is eating 1 egg the same as smoking 5 cigarettes? No.

“The AP reports, since they’re used by doctors and nutritionists in patient care suggested cholesterol be removed from the list of “nutrients of concern” for over-consumption as they found no link between eating high-cholesterol foods and high levels of cholesterol in the blood.”

Can a diet that has meat in it help with heart disease? Yes!

Does any of the above mean that going vegan is wrong? No.

For me, the nutrition plan you follow should fit into 3 things.
> You should enjoy it
> It should fit your lifestyle
> It should be balanced and healthy.

Don’t get caught up in hype or agendas, your diet should not be your religion, it should be how you eat.

If you would like to join us in our LEAN IN 2018 program, the next one starts on April 2nd.

We had numerous members lose over 3 stone in 2017 and they now know how to keep it off.

If you want to know how to make a real difference in 2018, have a look at our Letterkenny gym plan where you can train with us in our Fully equipped and modern gym.