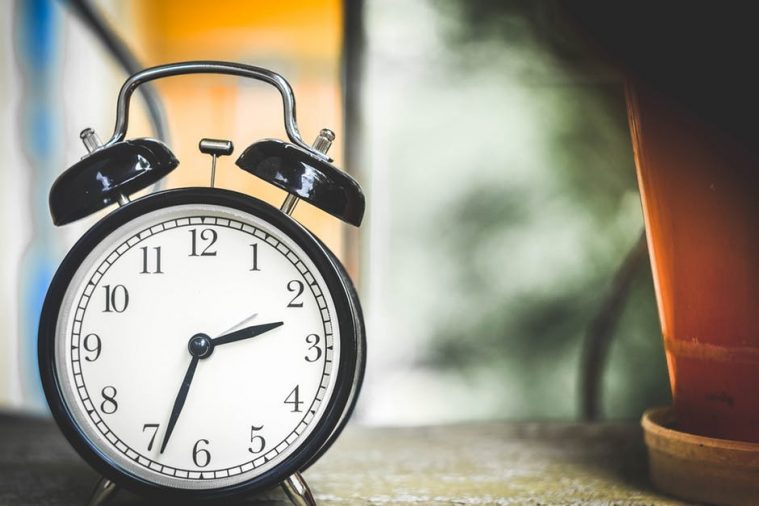 It’s time to change the clocks!

The phrase “there’s a grand stretch in the evenings” will be a common pleasantry once again uttered across Ireland as the clocks are set to change from Greenwich Mean Time (GMT) to Irish Standard Time (IST).

The clocks will go forward on Sunday, March 25th at 1am.

When it hits 1am tonight, electronic devices that have internet access will automatically update to 2am – but be sure to double check your alarm clock!

The clocks change twice a year; they go forward in March, and back in October.

A useful figure of speech to help remember this is “Spring forward, Fall back”.

Unfortunately, the March clock change means an hour less sleep; but as it’s Sunday, hopefully many will be able to sleep in regardless. Perhaps losing the extra hour would be more popular if they changed the clocks at 4pm on a Monday!

Why do we do this?
New Zealander George Hudson from New Zealand first proposed the idea of daylight saving in 1895, with it being implemented in The German Empire and Austria-Hungary in 1916. Many countries have used it at various times since then, particularly since the energy crisis of the 1970s.

Hudson wanted people to take advantage of the bright summer mornings, and proposed a clock change in a bid to get people out of bed earlier!

Did you know?
In Ireland, we used to have our own time zone.

Dublin Mean Time was 25 minutes and 21 seconds behind London’s GMT, but this was abolished in 1916 with the passage of the Time (Ireland) Act.