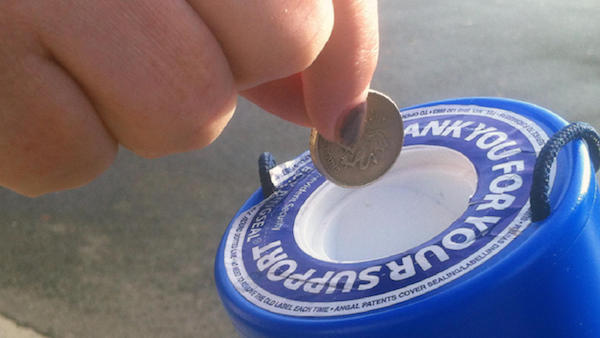 A car used by a gang to rob a charity collector yesterday has been found in Carrigans.

The man was taking part in a bucket collection for Burt Camogie Club when he was set upon at Bridgend close to the border on Saturday afternoon.

A Peugeot car passing the man slowed down but when he passed the bucket to the car, the occupants grabbed the container.

The man, who is in his 60s, tried to hold onto the bucket containing the cash and was injured in the process.

The blue Peugeot 307 car then sped off.

“From what I understand his injuries are minor but nonetheless this was a traumatic ordeal for this person,” he said.

An immediate Garda investigation into the robbery was launched.

A short time later, a car matching the description of the one used in the robbery was found in the nearby Carrigans area.

The bucket with the cash taken in the robbery was also recovered in the car.

The car, which has southern-registered plates, had not been reported stolen.

No arrests have yet been made.

Superintendent McGovern said the area was busy at the time of the brazen robbery and he appealed for any witnesses to come forward.
“There were a lot of cars in the area at the time and passing motorists could have witnessed what happened in this incident.