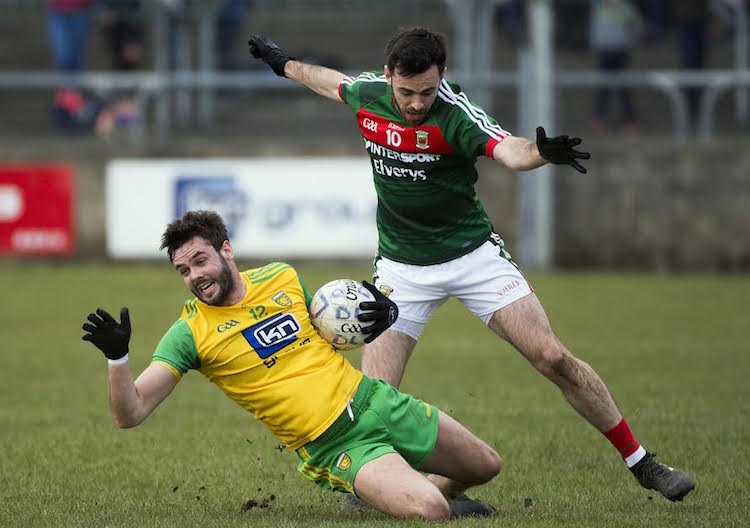 Watch: Mayo’s McLoughlin’s 13 steps to the score that relegated Donegal

Donegal were incensed at the close of yesterday’s dramatic Allianz League draw with Mayo in Ballybofey.

Donegal had been three points ahead with six minutes remaining, but couldn’t close out the game and left the door ajar for Mayo to pounce.

With 20 seconds of four added-on minutes remaining, McLoughlin tucked over. Donegal were livid that, after Mayo slowed down Shaun Patton’s kick-out, the referee called full-time when play resumed.

Donegal voiced their displeasure to the official and their feelings will be heightened when they review the footage.

Twitter user Brendan Tierney slowed the footage down and posted the video: