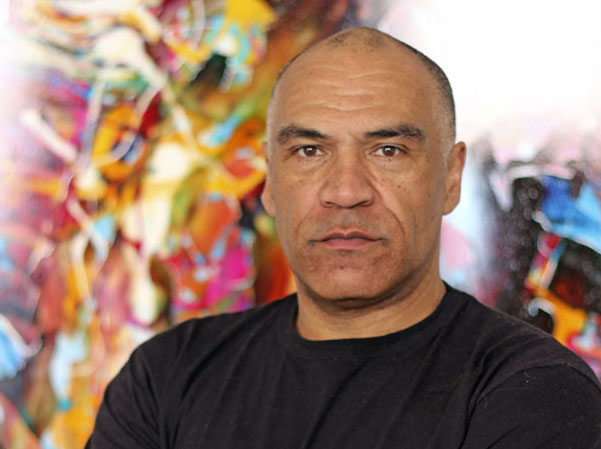 Killybegs artist Sharkey confirms he wants to run for Presidency

Killybegs artist Kevin Sharkey has confirmed that he wants to be the first black President of Ireland.

The former TV presenter said he plans to run for the presidency and be the first black Uactarán na hÉireann.

The Dublin-born, Donegal-raised man says the office of president should do more for homelessness than it currently does, and he believes he’s the right man for the job.

Sharkey announced that he doesn’t believe in running for the Dáil to try and sort out the housing crisis, and is instead aiming for head of state.

The former broadcaster also believes we need to take more control of our borders and immigration, claiming that Ireland is a victim of “experimental politics.”

“I’ve watched as we’ve increasingly become a snooker ball on the table of European experimental politics. I feel that at the core of it, Irish people have been moved further and further down the line in terms of preference, whether it be for housing or hospital beds,” he said.

“I think this experiment that’s going on in Europe is a real danger to our nationality and our customs.”

Sharkey will face some stuff competition with RTE presenter Mirian O’Callaghan rumoured to be in the mix.

He even went as far as speaking to the team at Joe Duffy’s Liveline to reference his interest in running.

He also acknowledged that it may have some competition due to Higgins stating previously that he wishes to seek another term as President of Ireland.