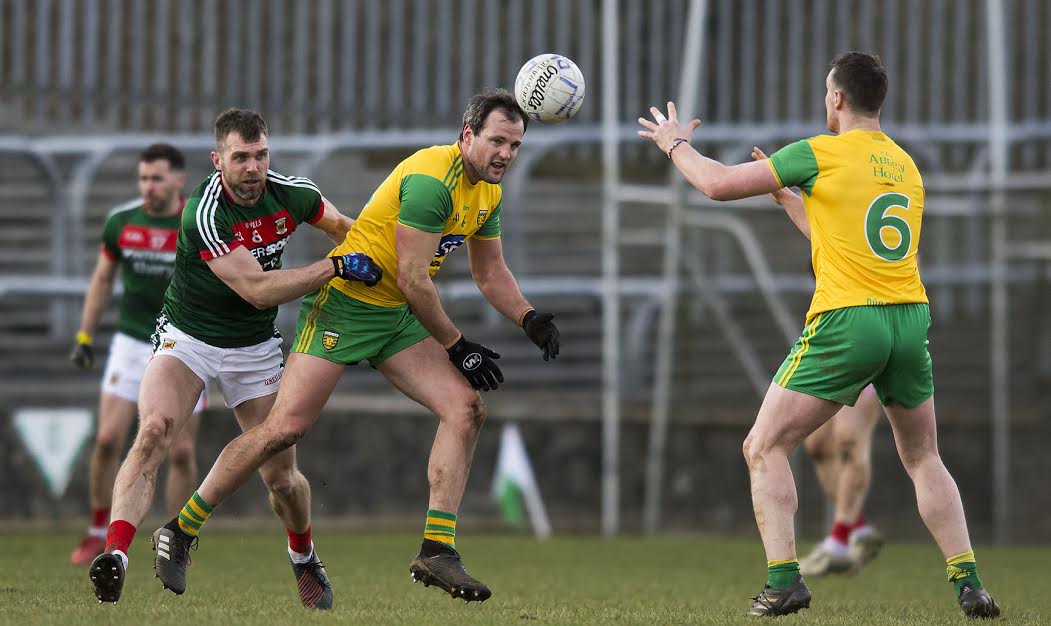 Declan Bonner has said from the outset that relegation wouldn’t be ‘the end of the world’ for Donegal – and recent history suggests that the Donegal manager could well be right.

Kevin McLoughlin’s late equaliser for Mayo on Sunday means that Donegal will operate in Division 2 where their opponents will include Kildare, Clare, Tipperary, Fermanagh, Armagh plus two from Cork, Down and Meath.

“Performance-wise we are trying to implement a new style of play and we made no secret of that and trying to implement a new team too. You are coming up against teams that are playing with each other together for three or four or five years; the Monaghans and Mayos of this world. They are introducing one or two new players into it but they know each other’s movements and their style of play.

“It takes games and takes years to build that up, and we realise that ourselves with the team we had prior to this. You have an understanding that it’s going to take a while to build that up, but the positives I think are there.

“We just need to carry them out over a 70-minute game rather than in patches. In inter-county football if you are carrying it out in patches you get found out.”

Donegal fell four points down early in Sunday’s game at MacCumhaill Park, but soon hit the high gears. Donegal just couldn’t put Mayo to bed and were left kicking themselves at the finish, when McLoughlin brought an end to Donegal’s four-year stay in the top flight.

Murphy said: “We were three points ahead for a good part of it, but Mayo are experienced and they are very good. They knew the time was on the clock and they played it down and we probably didn’t attack as openly in the second half. I think that was understandable given the cause and giving everything and we held the ball fairly well. We had our chance and we didn’t score enough in the second half, which is probably the one.

“In the second half we played fairly well, we just didn’t get enough scores on the board. But we need to have that on a more consistent basis because if you don’t have it at the start of the game and towards the end of the game you just will get found out and teams will get scores. We need to weather them just that wee bit better.

“People will look at the chances near the end but we had chances throughout the second half and scored four points. We only kept them to seven scores in the second half but we probably didn’t put enough scores on the board which is probably the telling part.

“It wasn’t as if we defended poorly in the second half, we just didn’t get enough but I thought there were a lot more positives there. Granted you get relegated from Division 1, nobody wanted that but we had bodies back. We picked up a few knocks but it’s on now to the championship and that doesn’t change.”

Donegal’s players have this week off to train with their clubs and, after a double round of League games at the weekend, the squad meets up again on Easter Monday as the countdown begins to the May 13 Championship clash with Cavan.

Murphy said: “Division 1 is where you want to be without a shadow of a doubt, but something that doesn’t change is the fact that we have a championship game coming up now in a number of weeks. That doesn’t change and that’s what we’ll be gung-ho on now.”