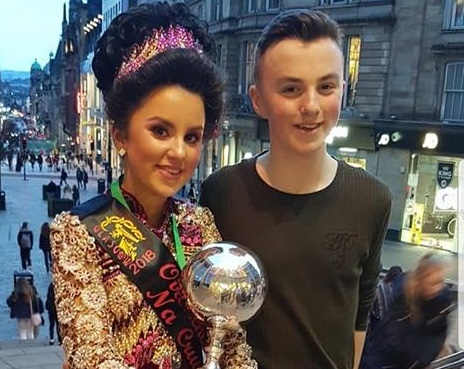 Dungloe siblings Emily and Thomas Colangelo demonstrated an amazing level of skill during the World Irish Dancing Championships in Glasgow.

Emily (13) placed second in the prestigious competition and was awarded the coveted Globe trophy. Her brother Thomas also scored highly, placing 16th in his category. 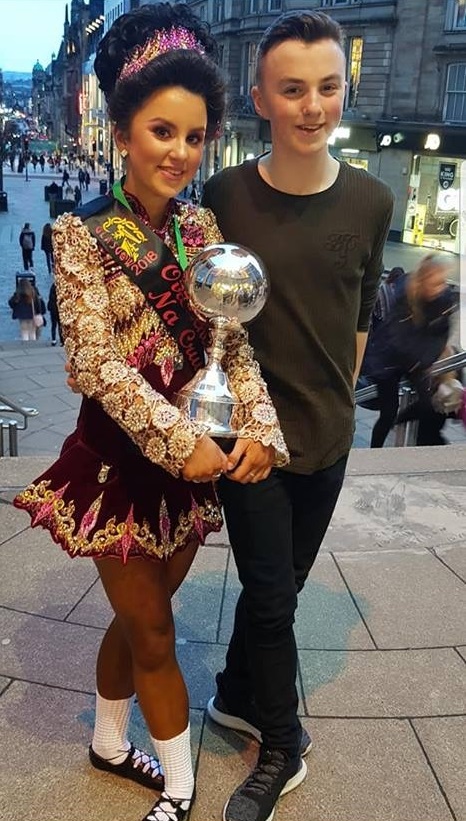 Emily has been dancing since she was 3 and a half, and Thomas started at 6.

Their parents Christina and Ben tell Donegal Daily that they are over the moon with Emily and Thomas’ achievements.

“They absolutely love dancing and train like athletes to maintain the standard required to compete at such events,” Christina says.

When asked if they were nervous before competing, they replied: “not really – just good nerves!”

“Their plans for the immediate future are a little well-earned rest and then back to their beautiful team of teachers who are former Riverdancers themselves in preparation for their next competition,” Christina says.