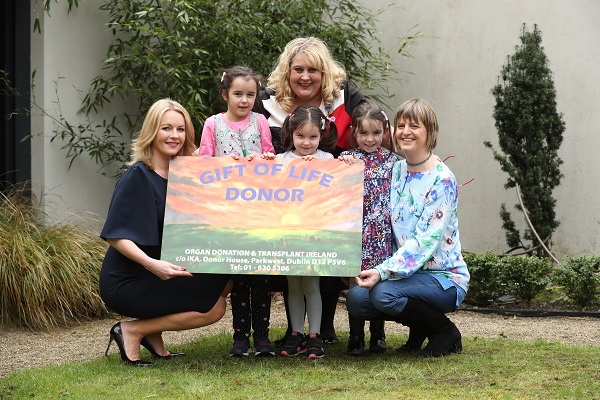 Letterkenny mum Clíona Marley is one of the driving forces behind Organ Donor Awareness Week, having underwent a successful heart transplant in 2014. 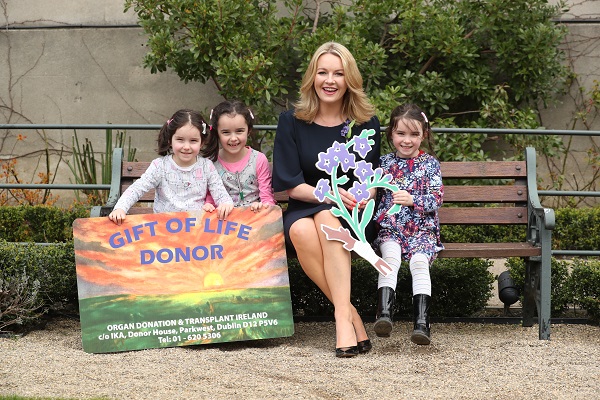 Zoe, Féile and Mollie Marley from Letterkenny with broadcaster Claire Byrne at the Mansion House in Dublin for the National Launch of Organ Donor Awareness Week 2018. Their Mother Clíona underwent a successful Heart Transplant in 2014.

In 2017 Ireland recorded a record number of organ donors and transplants, which saw 311 transplants from 150 donors. 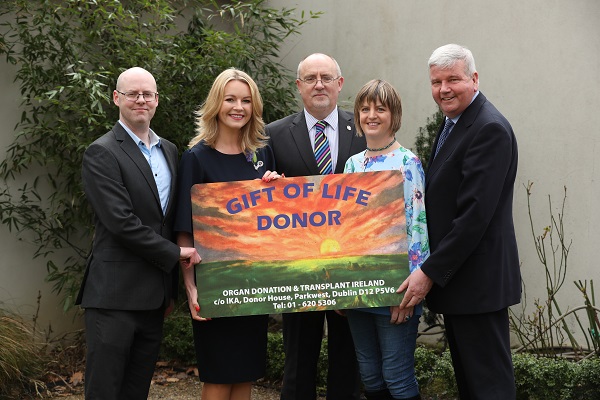 Launching the awareness week, Minister of State for Health Promotion, Catherine Byrne TD says: “I wish Organ Donor Awareness Week every success and want to thank everyone involved for their efforts in making this week possible.

“I know the importance of this initiative in raising awareness nationally, ultimately resulting in more people getting the all-important call that an organ match has been found for them.” 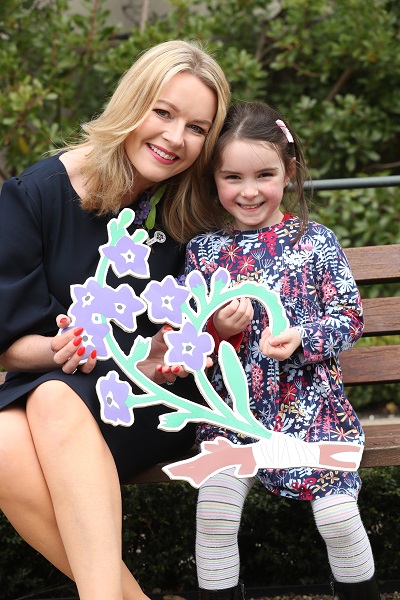