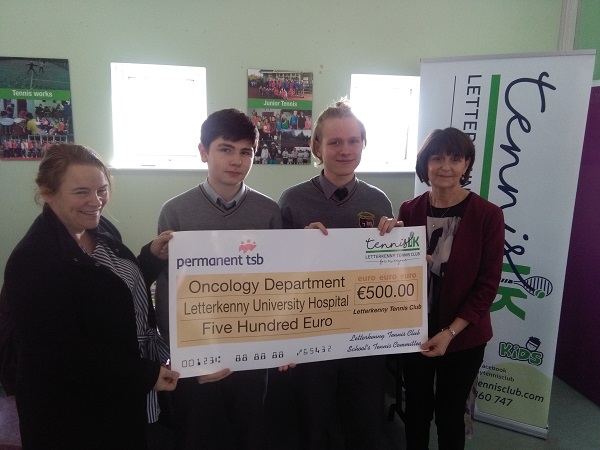 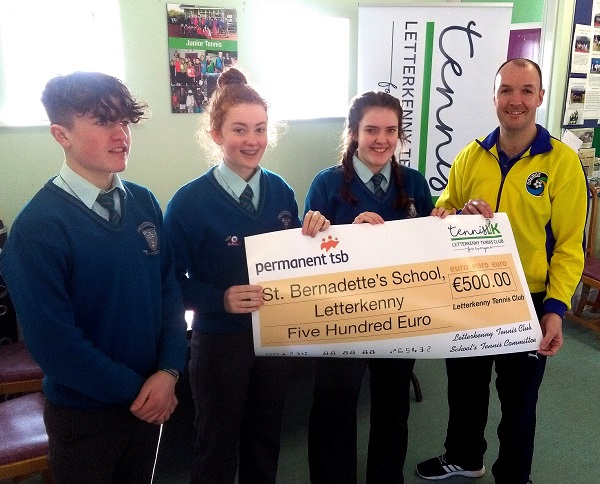 Sean, Grace and Amy from Colaiste Ailigh present a cheque to St Bernadette’s

Artur was inspired by the club’s outreach to the disabled community by encouraging local schools St. Bernadette’s and Little Angels to actively participate in the sport.

“This was great work by the tennis club,” Artur said, “but a group of us decided to do our bit too.”

LTC’s development officer and coach Gerry Clarke was blown away by the Transition Year students’ thoughtfulness and how well they organised the 24-hour Tennisathon. 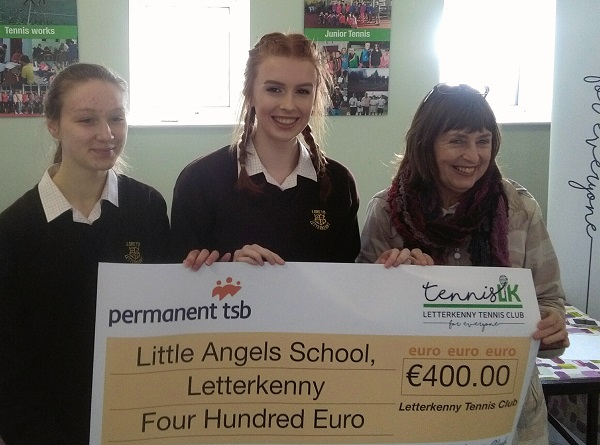 Julia and Cora from Loreto with a donation to Little Angels

“These Transition Year youngsters are outstanding,” remarked Gerry, “not alone did they actively take part in our outreach programme by ‘buddying up’ with and supporting disabled children to play tennis, but on their own initiative and direction they organised the 24-hour charity event to raise money for these great charities.”

“At a time when many are critical of Irish youths, Artur and all the Transition Year students have answered in the best way possible,” Gerry remarked proudly.

As well as St Bernadette’s and Little Angels benefitting from the event, the third charity chosen was the Oncology Department at Letterkenny University Hospital.

Artur said that he and his fellow students are in awe of the great work done by the fantastic team of staff there.

Aspiring Medicine student Artur hopes to specialise in Oncology when he begins third-level education. When asked would he consider combining a career in medicine with politics, a beaming Artur replied ‘moze’!