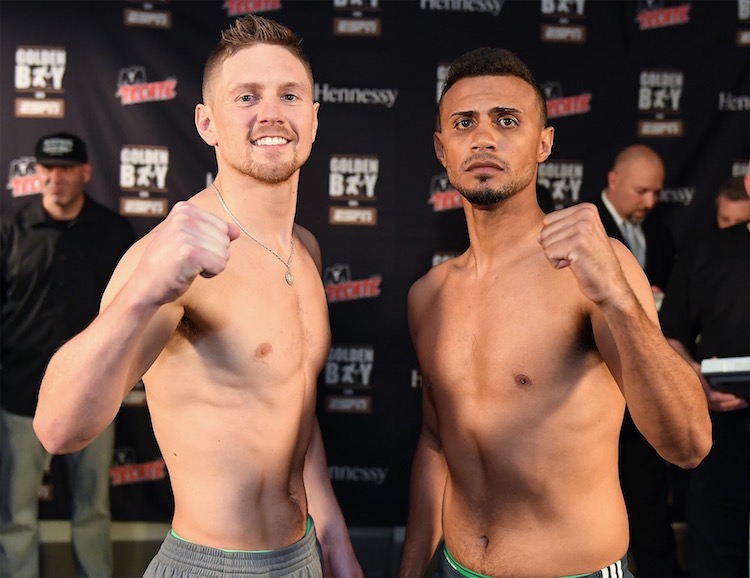 Jason Quigley weighs in ahead of clash with ‘El Duro’

Jason Quigley has weighed in ahead of his clash with ‘El Duro’ Daniel Rosario.

Quigley tipped the scales at 159.4lbs with Rosario coming in a pound over the 160lbs mark.

Ballybofey middleweight Quigley (13-0, 10KOs) comes into the clash at the Marina Bay Sportsplex in Quincy 53 weeks after he beat Glen Tapia to win the NABF middleweight strap.

But Quigley, who will have new coach Dominic Ingle in the red corner for the first time, is in the shape of his life ahead of the eight-rounder.

This will be only Quigley’s second time to fight on America’s east coast as a pro. Three and a half years ago, Quigley KO’d Greg McCoy in 2:39 in Plymouth.

On that card in October 2014, Mark DeLuca also featured. This time, De Luca (20-0, 12KOs) headlines the Quincy show as he faces Michael Moore (15-1, 7KOs) in a ten-round super welterweight contest.

Mayo lightweight Ray Moylette is on the card as he gets set to face Irish-American Matt Doherty in a swing bout.