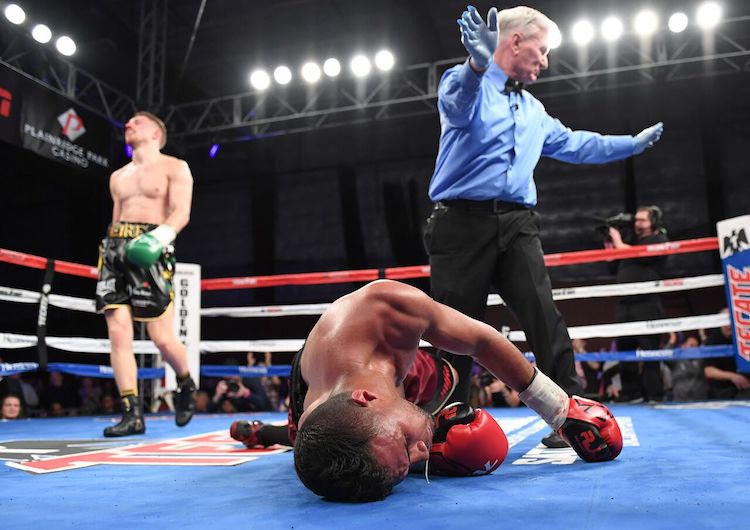 Listen: “I showed what I’m made of” says Jason Quigley after latest KO!

Jason Quigley says he showed what he’s made of in his impressive KO of Daniel Rosario last night.

Quigley stopped the ‘El Duro’ in the sixth round of their bout at the Marina Bay Sportsplex in Quincy.

The Ballybofey man downed Rosario with one belter to the liver and when he repeated the dosage, the Puerto Rican was at the point of no return.

“There was no reverse in Rosario,” Quigley said.

“Coming into the fight, I knew he was one tough cookie. He was never beaten convincingly. That just goes to show what I’m made of.

“I’m proud of the performance. There’s a lot to work on, but I had a full year out. Not only a full year out, but I’ve moved to Sheffield and have a whole new team.

“It wasn’t perfect. I had to knock the rust off. I didn’t get in with a stiff; Rosario has just signed with Roy Jones’ gym.

“I did what I had to do. I’ll look at things I can better myself on and the world’s our oyster.”

Listen: “I showed what I’m made of” says Jason Quigley after latest KO! was last modified: April 4th, 2018 by Chris McNulty