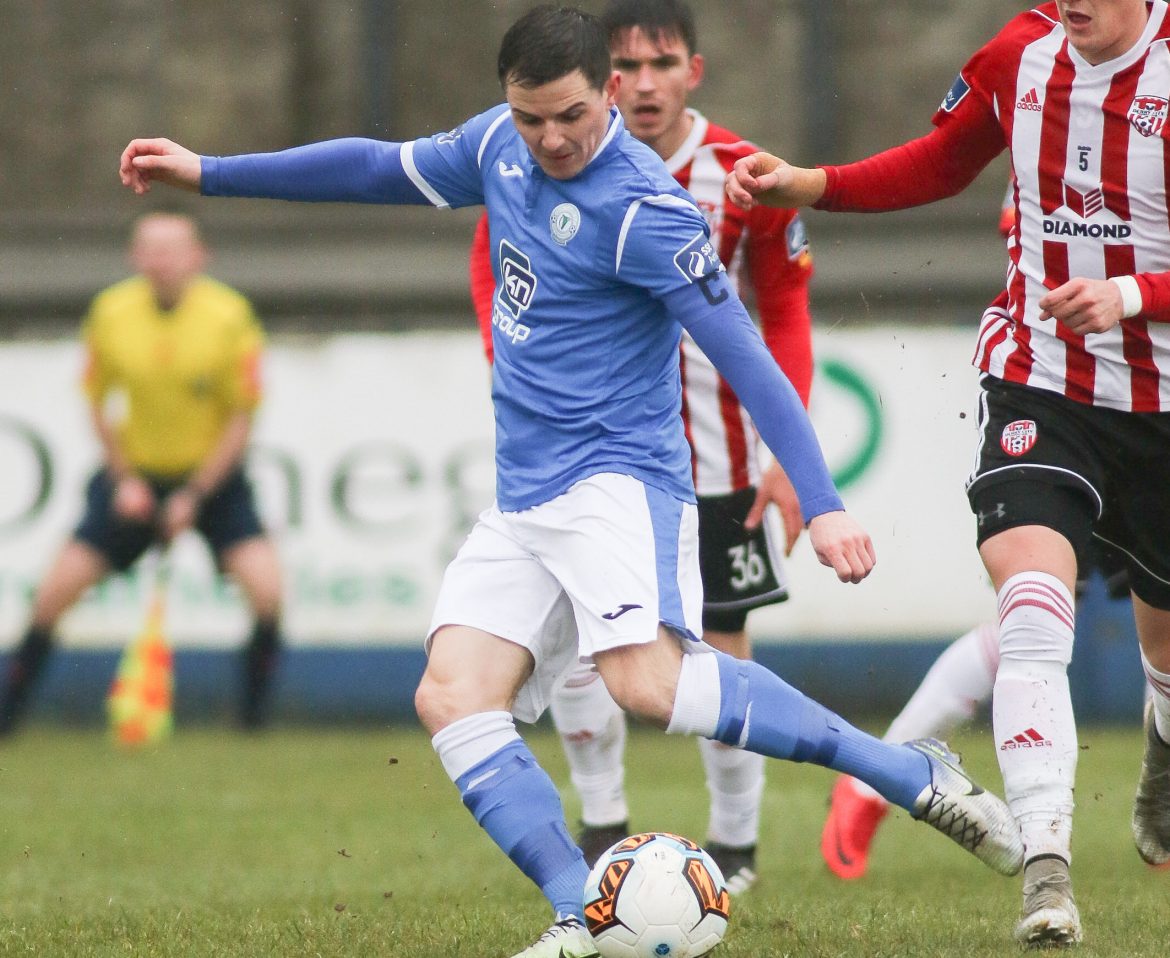 FINN HARPS are out of the EA Sports League Cup following their reversal against Derry City at Finn Park this evening,

Ollie Horgan’s side took the lead through a fine Ciaran Coll strike only for the visitors to level from an Aaron McEneff penalty. However, in the second half substitute Rory Patterson put Derry 2-1 up in front of a crowd of 935 on a bleak Easter Monday.

Harps, who defeated the Mayo League 4-3 last month, began brightly and managed to edge themselves in front in the 11th minute when Coll turned on a sixpence on the Derry penalty area following good approach play from Mark Timlin and Mark Coyle. Coll’s show from 12 yards clipped the inside of Gerard Doherty’s goalpost before nestling in the Derry net. 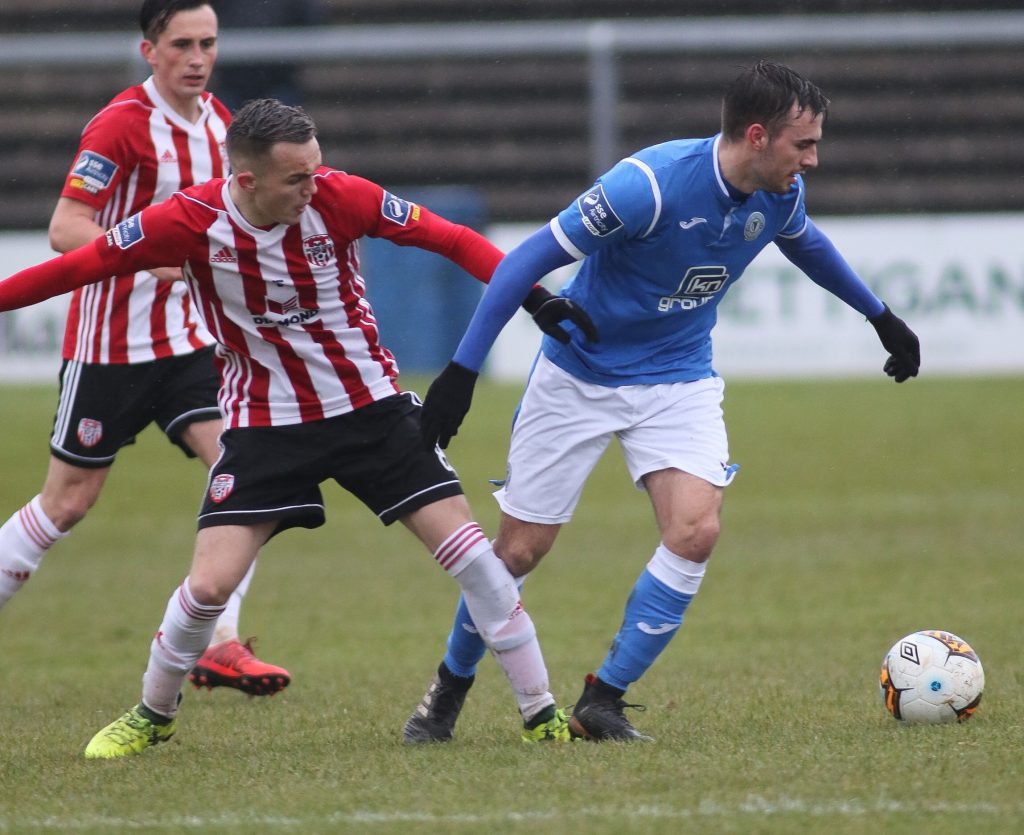 Following a slow start, Derry played their way back into the contest and Peter Burke, the Harps goalkeeper, had to be alert to tip a corner from McEneff over his own crossbar.

Ronan Curtis then flashed a header over after a cross from Ronan Hale and McEneff slashed wide as the pressure grew.

Referee John McLaughlin pointed to the penalty spot on 28 minutes when Mark Gannon was adjudged to have fouled  McEneff, who then sent Burke the wrong way to make it 1-1.

That’s the way it stayed until the break and the closest either side got to a goal immediately after the break was when the influential McEneff got into the Harps penalty area from a Curtis pass but Burke in goal scampered from his line to save on 57 minutes. 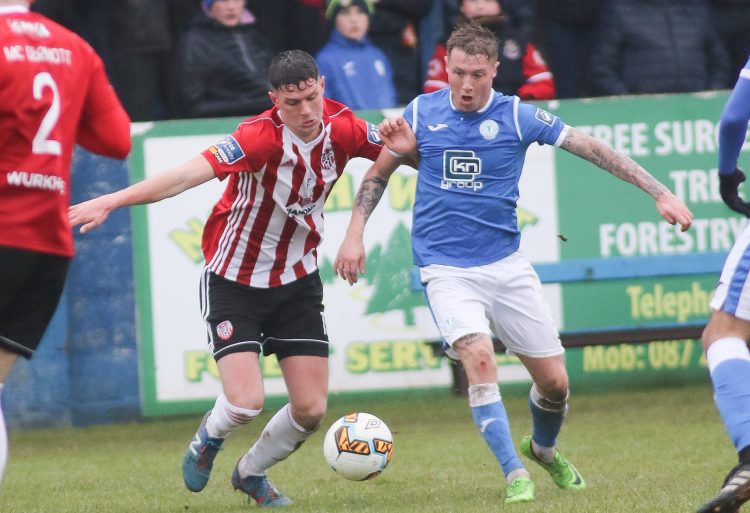 Derry, though, did manage to get their noses in front on 63 minutes, when Patterson, who was only on the pitch four minutes tucked home at the back post with Curtis the provider.

Harps, by then, were creating little. Ronan Hale, at the other end, had a decent shot from distance that wasn’t too far off the target as Derry went onto win their fourth outing on the bounce. McEneff saw a goal disallowed in injury time when he bundled the ball into the net but had fouled Burke first.

Harps get back to the bread and butter when Galway United provide the opposition on Friday night in the SSE Airtricity League First Division.