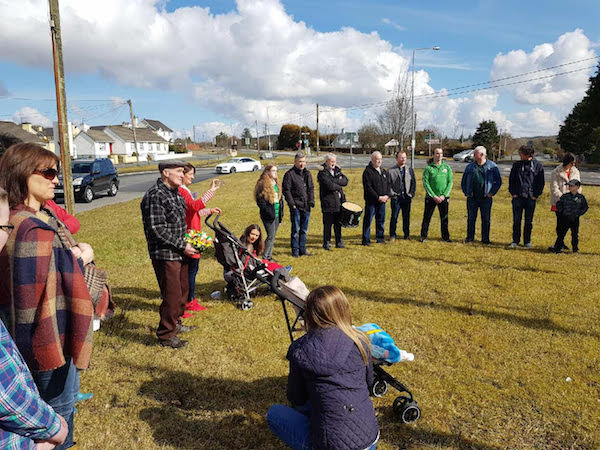 A great crowd gathered in the village of Drumkeen for their Easter Commemoration.

Splitting sunshine met those who gathered at the Hunger Striker’s Monument in the village.

A number of locals played their part in the commemoration.

The flag was lowered By Ciaran Coyle while the 1916 Proclamation was read by David Doherty.

Councillor Liám Doherty read out the Roll of Honour and the wreath was then laid by Packie Harkin.

The ceremony was finished off beautifully by Aoise Gildea who played Amhrán na bhFiann on the tin whistle. 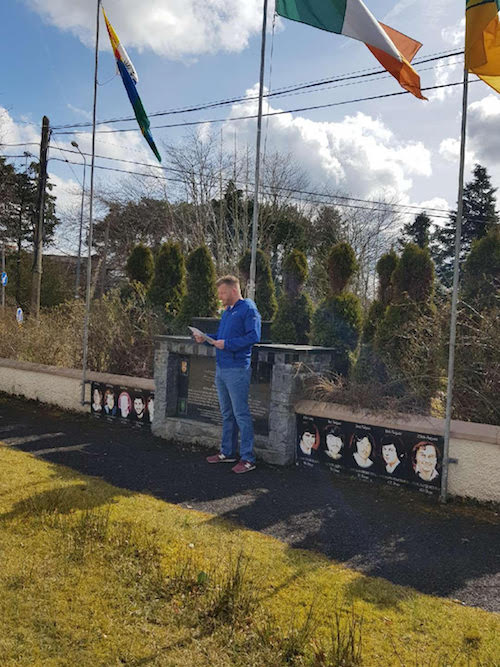