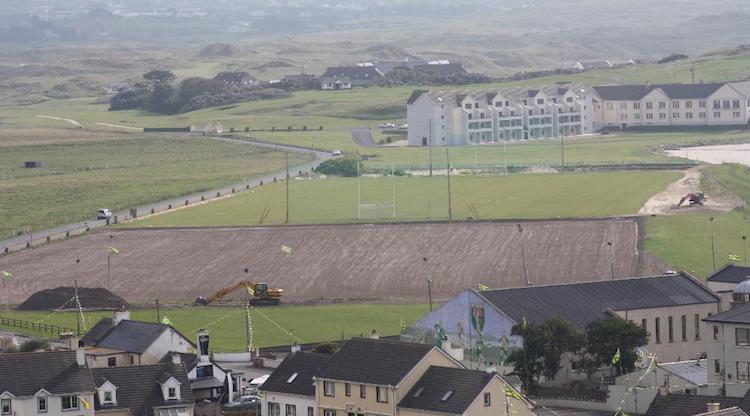 Downings GAA club held their massive development draw last night in the Downings Bay Hotel – where the €25,000 top prize was snapped up!

Tyrone native Vanessa Cunningham will collect the cool €25k after being pulled from the drum.

The Downings club had nine other super prizes in a draw to raise funds as they get ready to host the finals of Comortas Peile na Gaeltachta on the May Bank Holiday weekend.

2nd Prize a Cruise to the value of €2,500 Ceallaigh o Freartaigh Termon