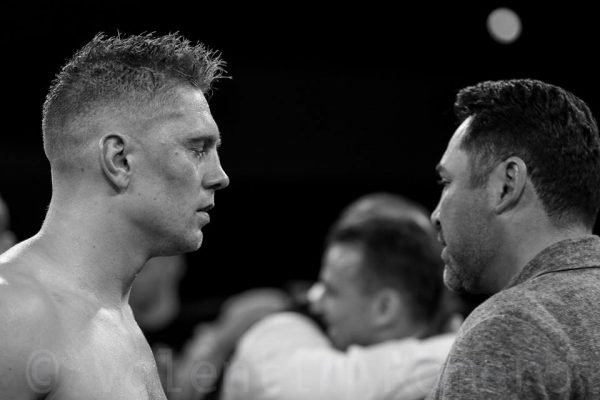 The Golden Boy Promotions chief was impressed by Quigley’s sixth-round destruction of Daniel Rosario on Easter Saturday night as the Ballybofey man moved to 14-0 in the professional ranks.

Quigley was absent for 53 weeks as a shattered right hand, sustained in his win over Glena Tapia last March, stalled his rise.

But a lethal KO of Rosario announced that he’s back in style.

“Jason Quigley did exactly what he needed to do on Saturday night – win decisively,” De La Hoya said.

“Jason needed that in order to demonstrate to all that he is back and ready to take on tough challenges and strong opponents.

“Congratulations to Jason on his win, and I look forward to seeing what he has in store for the next fight.”

Quigley, now trained by Dominic Ingle in Sheffield, and his team will weigh up options soon before looking at his next move.