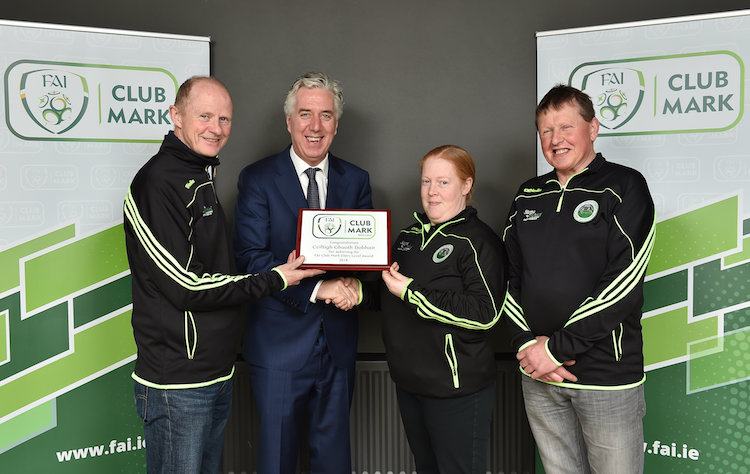 Gweedore Celtic FC were presented with their FAI Club Mark award this afternoon in Dublin.

The west Donegal club were one of three clubs across Ireland – the others being Mayo’s Achill Rovers and Waterford side Park Rangers – to complete the first stage of the Club Mark.

The FAI Club Mark is an award for grassroots clubs based on best practice in the governance, management and administration of a club.

The FAI Club Mark awards were officially launched today and the first three clubs were presented with their awards at the National Sports Campus in Abbotstown.