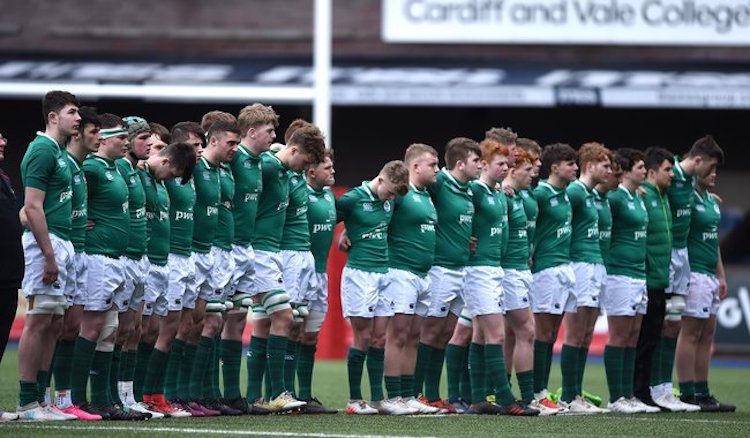 Letterkenny student Conor McMenamin featured yesterday as the Ireland Under-18 Schools team were beaten by Wales in their second Under-18 Six Nations Festival game at Cardiff Arms Park.

The Colaiste Ailigh man played the first 47 minutes of the game having featured as a replacement in Saturday’s 20-17 win over Italy.

Tries from centre Angus Adair and replacements Alex Kendellen, who bagged his third score of the Easter period, Nathan Doak and John McKee was not enough to claim the win as Ireland were outscored by six tries to four by the tournament hosts.

Lock McMenamin was named in the XV as Ireland made 11 changes to their side.

The Ireland U-18 Schools squad will regroup for their final outing of the Festival at the Arms Park on Sunday (kick-off 12pm). Scotland will provide the opposition and they are gunning for a clean sweep of victories after defeating both England (32-27) and France (24-21).

“We created a few (scoring) opportunities against Wales but we needed to be a bit more clinical,” head coach Peter Smyth said.

“The way the Welsh defended was very powerful throughout.

“They can be very hard to stop from five metres out so I think the indiscipline that gave them the driving lineouts is the worrying thing for me.

“We also need to protect the ball better because we gave the Welsh some easy scores. We’ve just got to be a little bit more difficult to beat.”