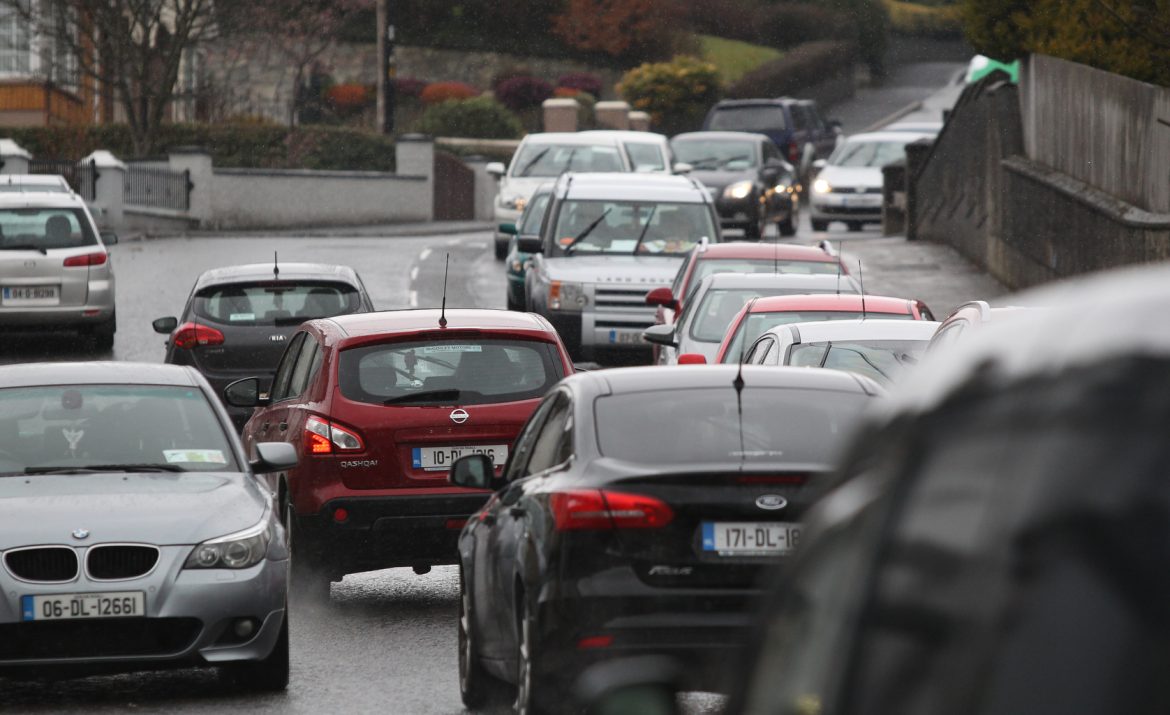 DD Motoring: Is one way the right way?

The arrivals and departure lounge is going to look a little different soon if things go to plan.

The wee routine that fighter pilots developed and perfected over the 14 years it takes to put a child through primary and secondary education. From the first days of parking up and going to the arrival gate on foot and embracing our wee Johnny or Mary when they finished their day right through to the warning call: Get In, Get In, Get In, Right through to the silent flight where your passenger thinks it’s not cool to have any conversation with you.

Pilots have perfected the art of landing on one wheel and the other one on the footpath.

The all-important skill of making no eye contact with other incoming flights who try to give you the daggers when you get to their arrival slot before them. SUVs (School Utility Vehicles) do battle every morning with the odd missing wing mirrors, scraps and scared alloy wheels that say as much in the form of a health warning.

Take me on at your own peril.

Now it’s going to be a bit like Heathrow Airport as flights incoming will now have to circle around as the Council announced the possibility of making the triangle of three roads that service four schools in the centre of Letterkenny into a single one way system in an effort to manage the massive volume of traffic that arrives every school day morning and evening to deliver and collect students from the girls’ school and the boys’ school, Loreto Convent and St. Eunan’s College.

You could say the area on the inside of these three roads will become one of the biggest roundabouts of sorts in Letterkenny. One which will include seven private houses, the old St Columba’s boys school, the parochial house, and the Bishop’s palace.

If the plan goes ahead the footpaths near all four schools will be increased when the two way traffic is reduced down to a one way system. The Council have already tested this run on something similar a few years ago to see how it would work.

Rush hour (not)
50 years ago in 1968 I started in the Girl’s school in babies (junior infants) as all boys did in the town then. 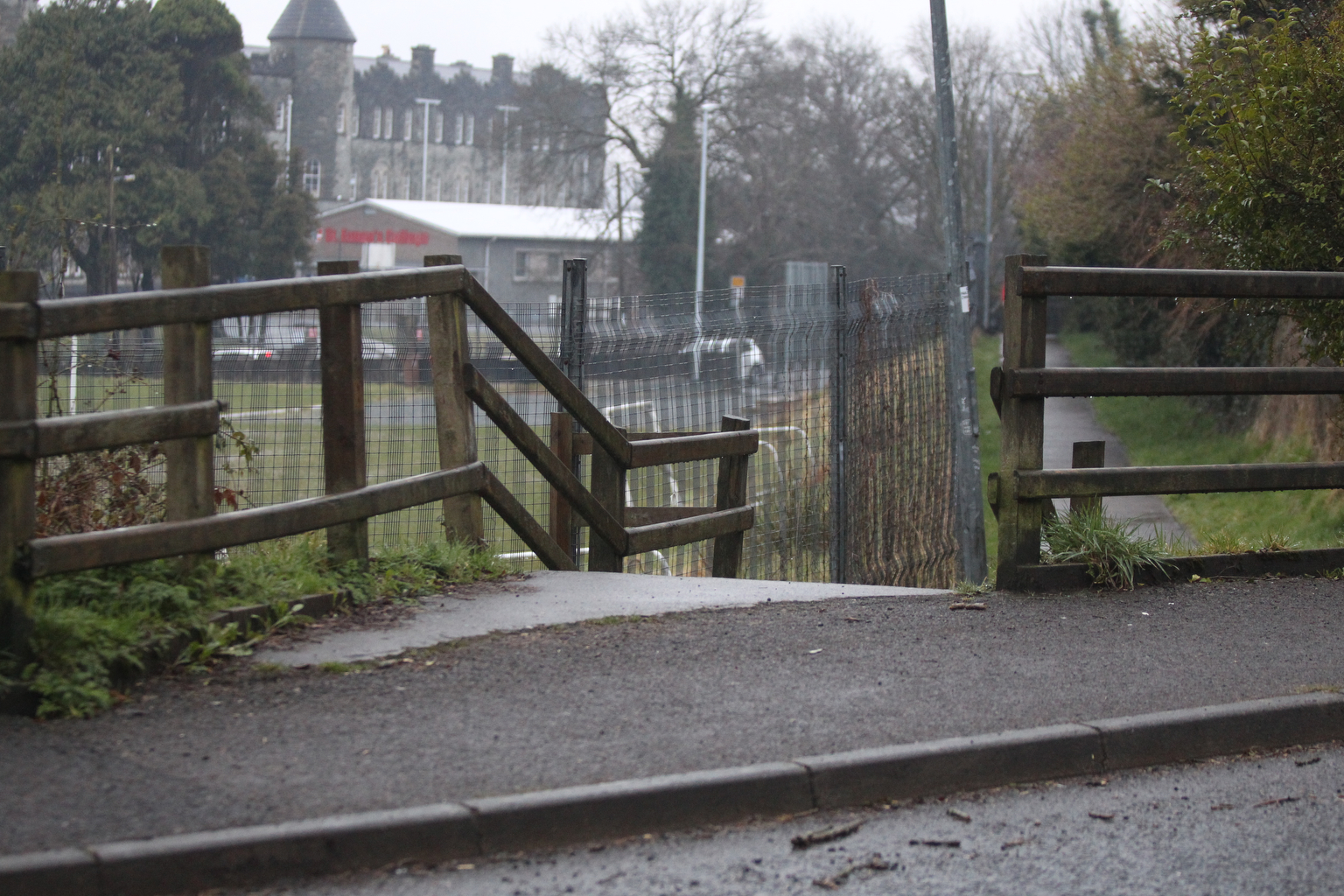 The old entrance which we used to cross the college pitch on our way home from school by foot. Photo Brian McDaid

We dilly dallied home in the evening across the shortcut up the field beside the school, then crossed the collage football pitch, and maybe called into Mc Butler’s shop to buy something for a penny then head through Regan’s forest which would bring us out “up the backs” into Wolfe Tone Place. 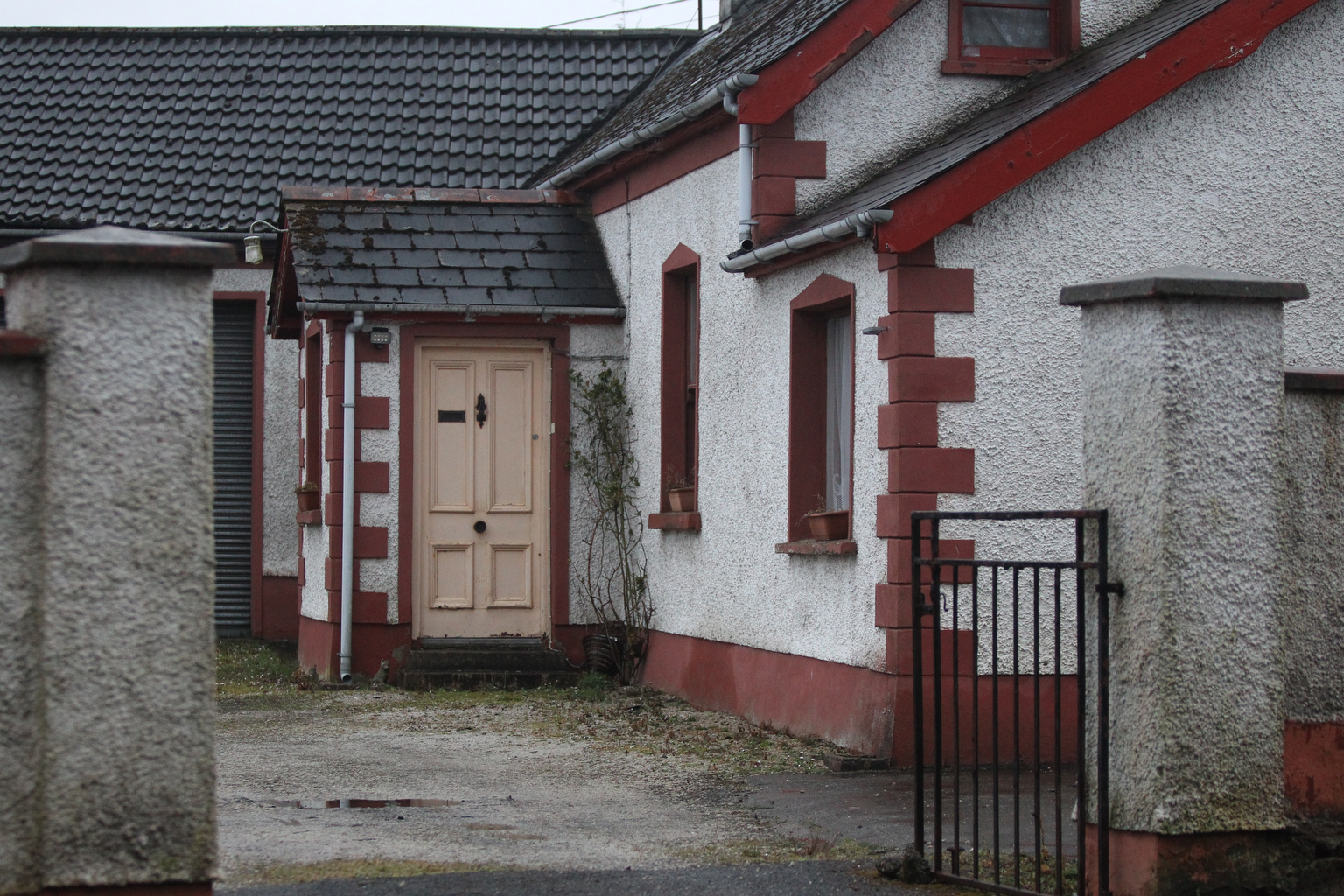 The famous Mc Butler’s shop on the New Line Rd now long closed but a great favourite of students of all ages at school in Letterkenny. Photo Brian McDaid

Long and all as that journey took us by foot it takes longer by car now. From 8.45am every school day morning a journey will take 20 minutes longer when the school traffic arrives in town to drop off the students.

Linking up the past
It’s hard to believe that less than 25 years ago the Circular Road did not connect with the Glencar Rd.

The home that Patrick Stevenson built for his family was smack in the middle of where the two roads were to meet. His home named “Lyndon Lee” was demolished and a new house of the exact same design was rebuilt further down the Glencar Rd to make way for the Glencar Roundabout. 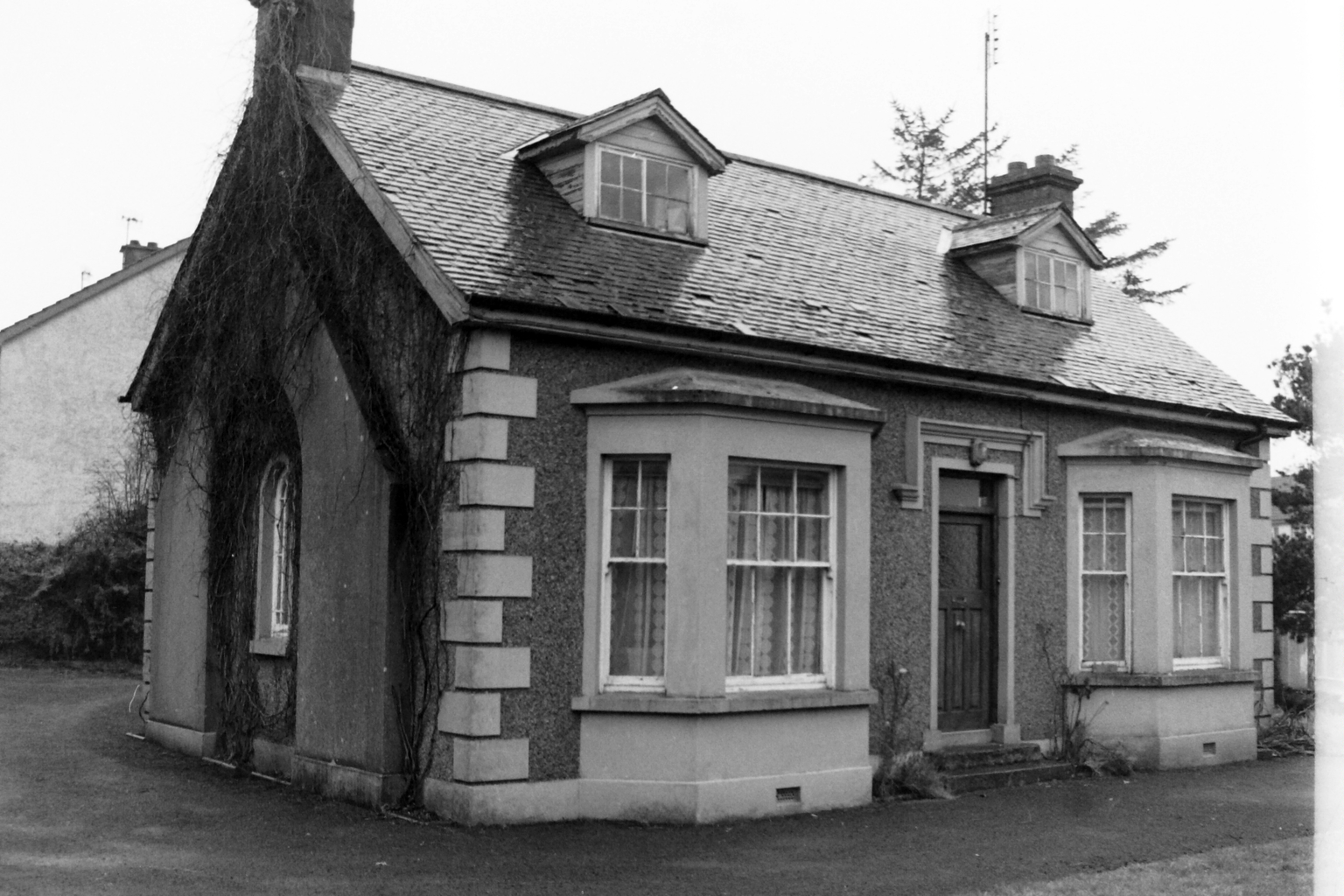 The old home house of Patrick Stevenson on the Glencar Road named “Lyndon Lee” which was demolished to make way for the new roundabout which connected the Glencar Road with the Circular Rd in Letterkenny. Photo Brian McDaid

At the start connecting these roads looked like a good idea to cater with the massive increase in housing in the area but McGovern Road was supposed to be part of a relief road with the Circular Road, linking up with the Roundabout at the O’Donnell Park was never finished.

The road now comes to an abrupt end just below the Gealscoil on the Town side of Rodger’s Burn and the traffic is forced down the Glencar Rd. instead. 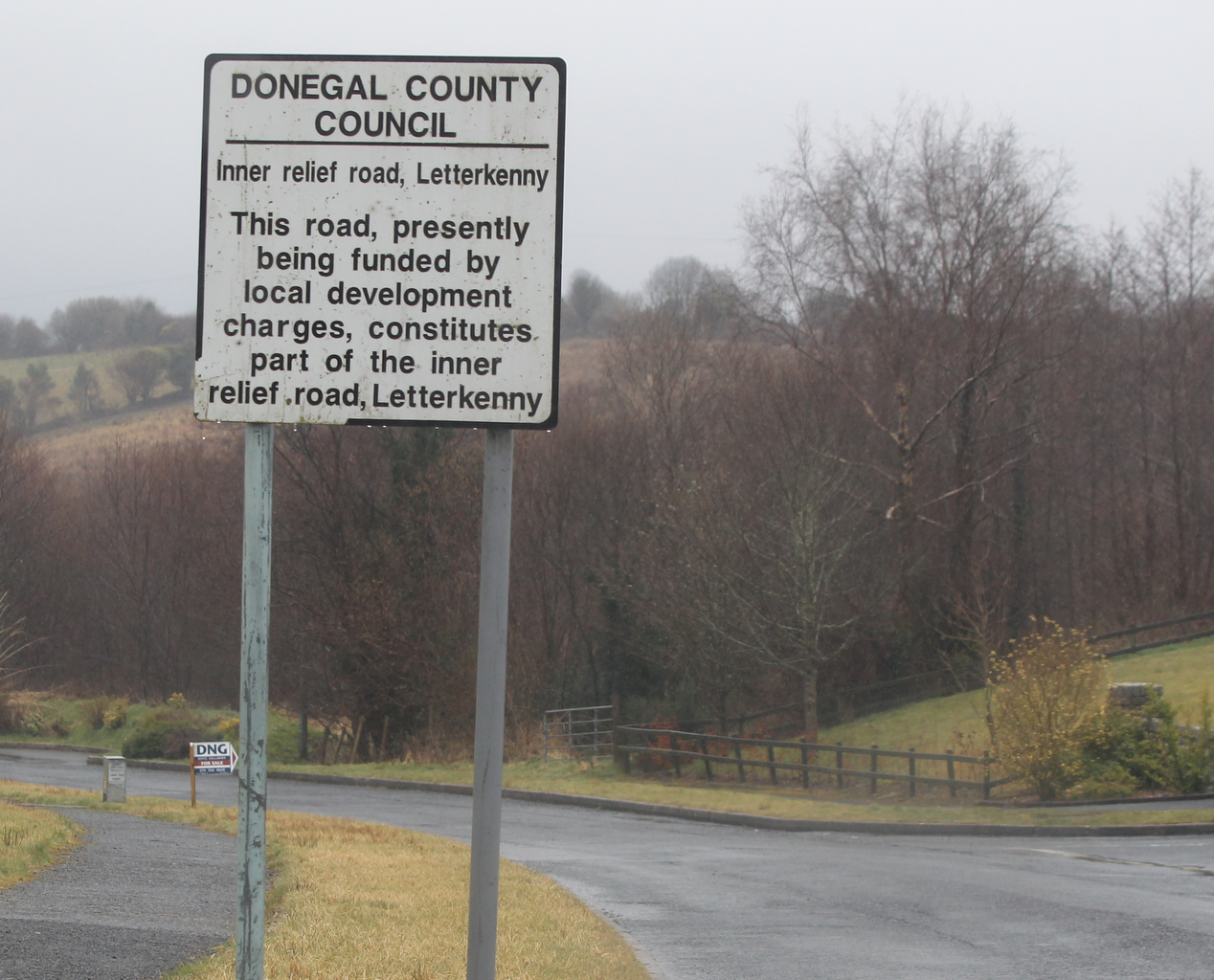 Vital artery
The problem of congestion at rush hour is one problem for the schools area which never was designed to take the traffic it handles every day, but this road; it also serves the one way system on Letterkenny Main Street.

Traffic is driven to the foot of the town and taxis and commercial traffic needed this link to get back to the town centre day and night. With the Letterkenny University Hospital at the other end of the circular road, Ambulance used the back road as the fastest way out of the western side of Letterkenny. 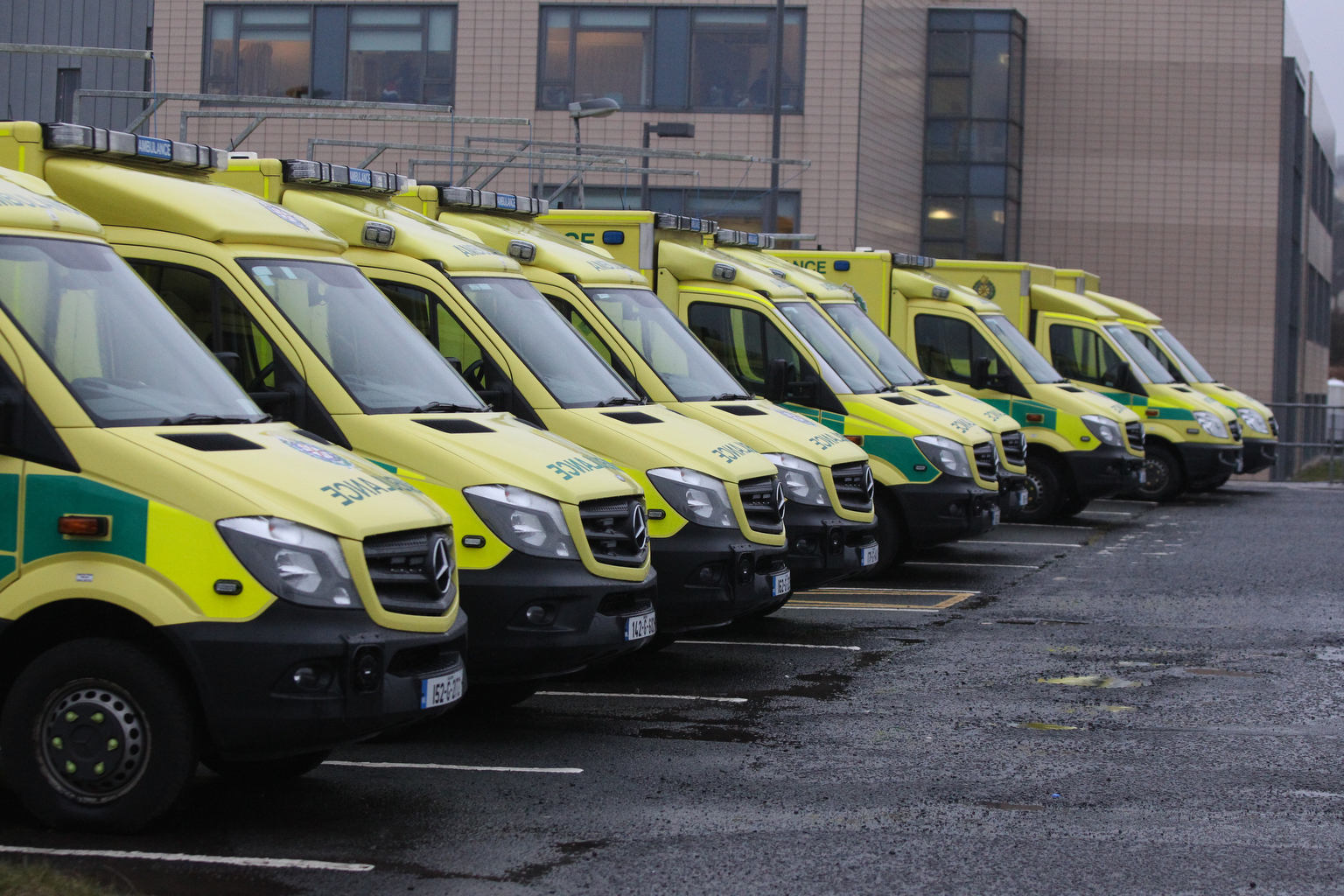 A view of the Ambulances at Letterkenny University Hospital which regularly use the nearby Circular Rd and Glencar Rd on emergency calls to and from the Hospital. Photo Brian McDaid

It’s a regular sight to see a group of ambulance on the way to an accident making their way down the back road from the hospital.

In the future if this road plan goes ahead, they will have to detour across to the Cathedral and turn left and then right before they join the Back Road again as with all part of this link around the town any small blockage on this road at the moment has a massive knock on effect on the flow of traffic and it takes hours to get the traffic back to flowing with any efficiency.

So here’s hoping that the new one way system proposed will be of benefit to the present system in Letterkenny.