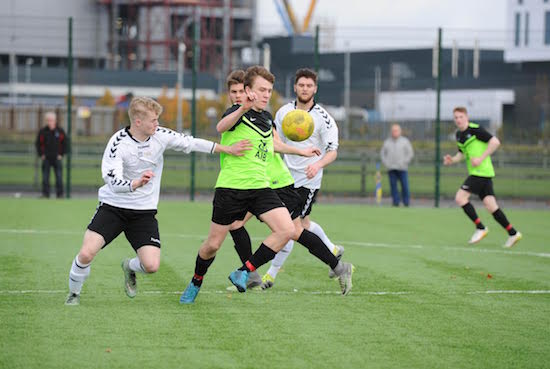 Adrian Delap has been named on the Irish Colleges and Universities squad for Monday’s game against the Scottish Universities at Oriel Park.

Letterkenny Institute of Technology student Delap, who is on the books of Derry City, has been selected for duty. The Ray man recently made a breakthrough to the Derry first team having unpressed at underage and USL level for the Candystripes.

Monday’s will be the first game for the team since representing Team Ireland at the 2017 Summer Universiade in Chinese Taipei last August.

The last two encounters between the sides have brought victory for the Irish with an inspired performance from University of Limerick graduate Garbhan Coughlan delivering a 6-1 victory in Edinburgh last year.

Head Coach Greg Yelverton has recalled eight of the twenty-man squad that travelled to the island of Taiwan last summer, including DCU striker Alan O’Sullivan who narrowly missed out on tournament top goalscorer with 5 goals.

Yelverton, who was confirmed to be staying on in the role until 2019 last November, is excited of the prospect of locking horns again with the Scots.

“It is the beginning of a new cycle towards the 2019 University Games,” he said.

“It is another opportunity for players to represent their country. The players know that from now they are competing to be on the plane to Italy.

“We were excellent against Scotland last year but we cannot rest on that performance as the Scots will be eager to even the score. I am hopeful that with the experience this squad has developed with me in the past two years and the additions of some excellent first year students we can come out on top once again.”