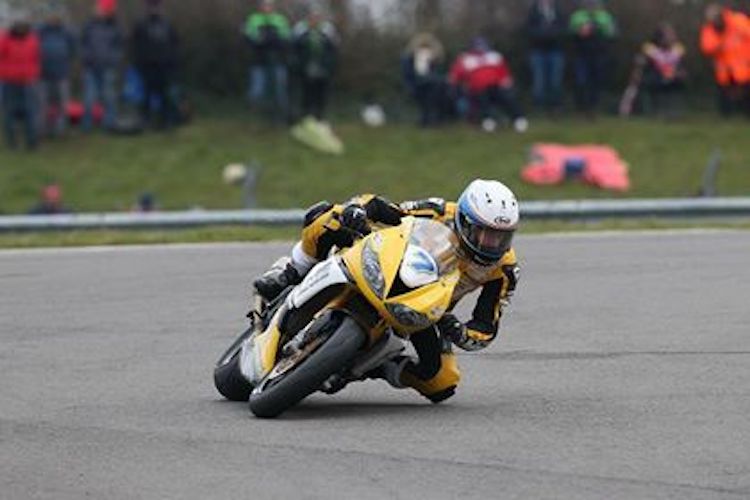 Kilmacrennan’s Richard Kerr had a difficult first round of the Dickies Supersport class at round one of the BSB Championship at Donington park at the weekend.

On board the Campbell Racing Triumph,  the quietly spoken Kilmacrennan lad had a mechanical issue in first practice forcing him to miss most of that and the second session as the team sourced parts in England.

It was a hugh blow as Richard had never sat on the bike in damp conditions and needed as much track time as possible to get to grips with the larger more powerful Supersport machine.

The team worked to all hours and got the bike sorted for practice and again the mechanical gremlins struck as a water pipe came undone leaking water onto the back wheel causing Richard to crash out early.

A back row start for a short 8 lapper saw Richard make his way to 19th at the flag – the position he would start race two in.

Race two and Richard got a great start and found himself running in the top ten in the first six laps but once again the mechanical demons struck as the machine developed problems forcing Richard to retire on lap 8.

Certainly not the start Richard or the team had hoped  for but he showed he can mix it with the established Supersport riders and if lady luck would shine for the 18-year-old student as he gets more familiar with the new bike he will certainly ruffle a few of the established riders feathers.