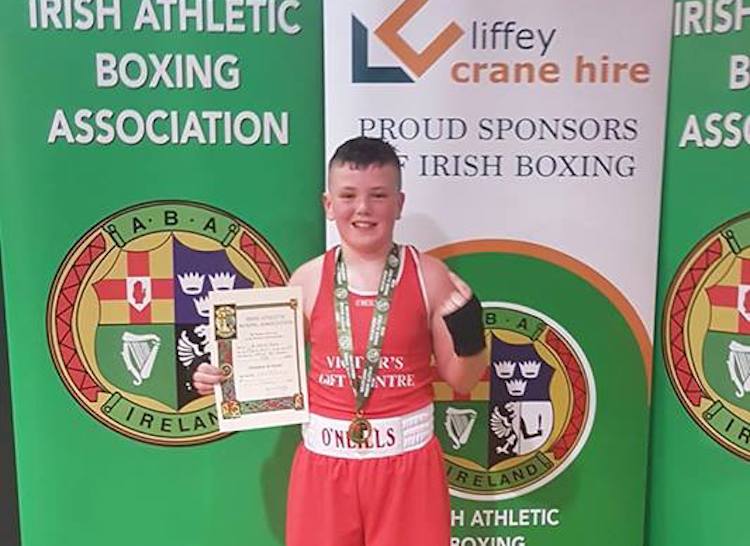 Letterkenny ABC’s Shaun McConigley completed a superb week for the club as he collected an Irish Boy 1 title last night.

At the National Stadium, McConigley overcame Mark Moore-Long from the Rathkeale club.

Following on from the Irish final wins of Dylan Browne-McMonagle and Paddy McShane the previous weekend, McConigley was in the capital to add to the glory.

And he did it in style.

McConigley took a 4-1 decision from the ringside arbitrators over the three verses to win the 52kgs title.

There was defeat, though, for Oakleaf’s Sean Devenney and Dungloe’s Tiernan McRuairi in their finals.

Ballybofey native Devenney, punching out of the Oakleaf club in Derry, lost out to Kai Griffin from Drimnagh in the Boy 1 35kgs final, while Dungloe ABC’s McRuairi was beaten by Dylan McShane from St Paul’s in the 43kgs decider.