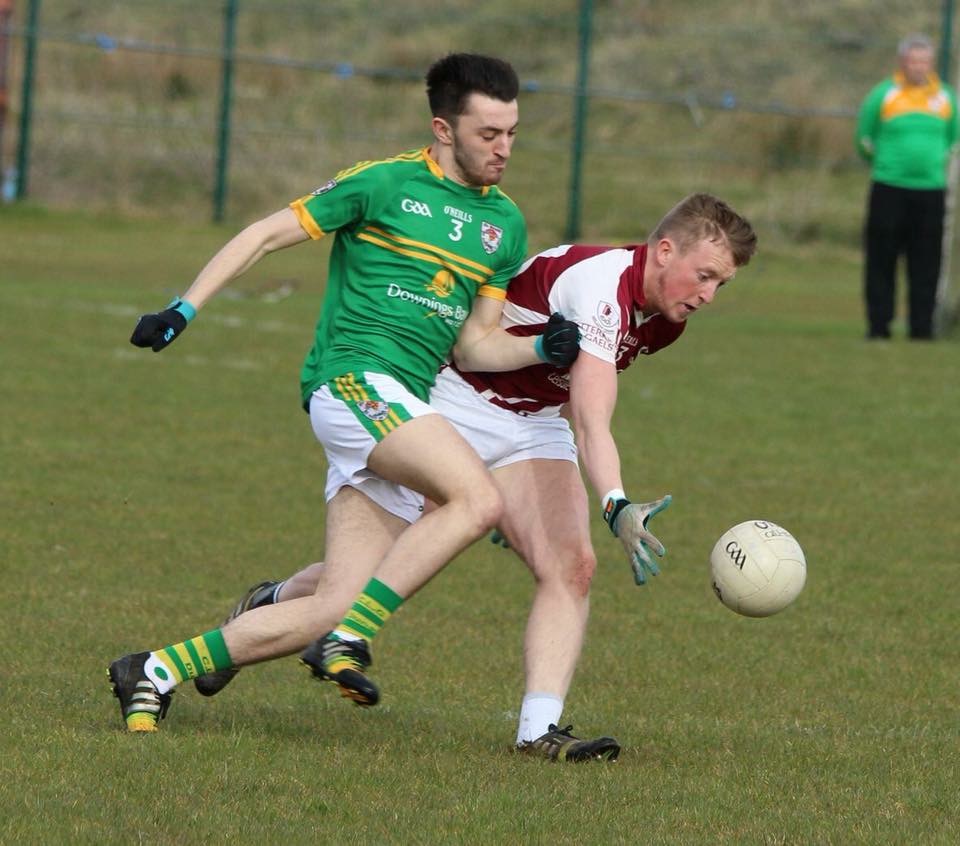 A Lorcan Connor goal in the 53rd minute turned out to be the difference between the two sides as Downings picked up valuable points at Pairc na nGael on Saturday.

The home team were leading 0-8 to 0-4 at half time. The Downings scores coming from Aaron McClafferty, Oisín Boyce and two Lorcan Connor frees . Gaels scores from Paddy Doherty (2) Shay Doherty Brendan O Brien and four Conor McBrearty frees. Downings made a few tactical switches at half time which yielded scores from Lorcan Connor(2) Kevin “Gooch” Doherty and a Connor free to level matters by the 44th minute.

Gaels responded with scores from Doherty and McBrearty but Connor again levelled matters with two excellent scores. A  McBrearty free from distance and a Brian McGinley point for Downing levelled scores again before man of the match Connor scored the winning goal.