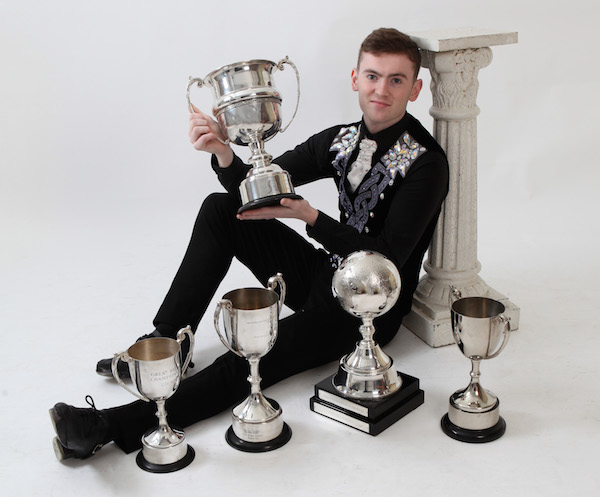 Rising star Conor has his feet in many camps!

A young Donegal man is proof that you can mix many sports and past-times and still be top of your game.

Conor Rodgers, from Killynure in Convoy combines Irish dancing with soccer and GAA.

And there’s also the small matter of pursuing a career in physiotherapy!

Conor dances for The Mc Conomy Bradley Doherty Academy of Irish Dancing and has had a very successful year winning the Irish National Championship, All Scotland Championship and Great Britain Championship.

He also won his 7th Ulster Championship and was second in the World Irish Dancing Championships in Glasgow.

Conor is currently in his second year of his degree in Physiotherapy in Jordanstown and also plays for local clubs Convoy Arsenal ( managed by his dad) and St Mary’s GAA club.

He is the son of proud parents Michael and Sharon Rodgers of Convoy.

Many thanks to Brian McDaid for the photo of Conor with just some of his silverware.