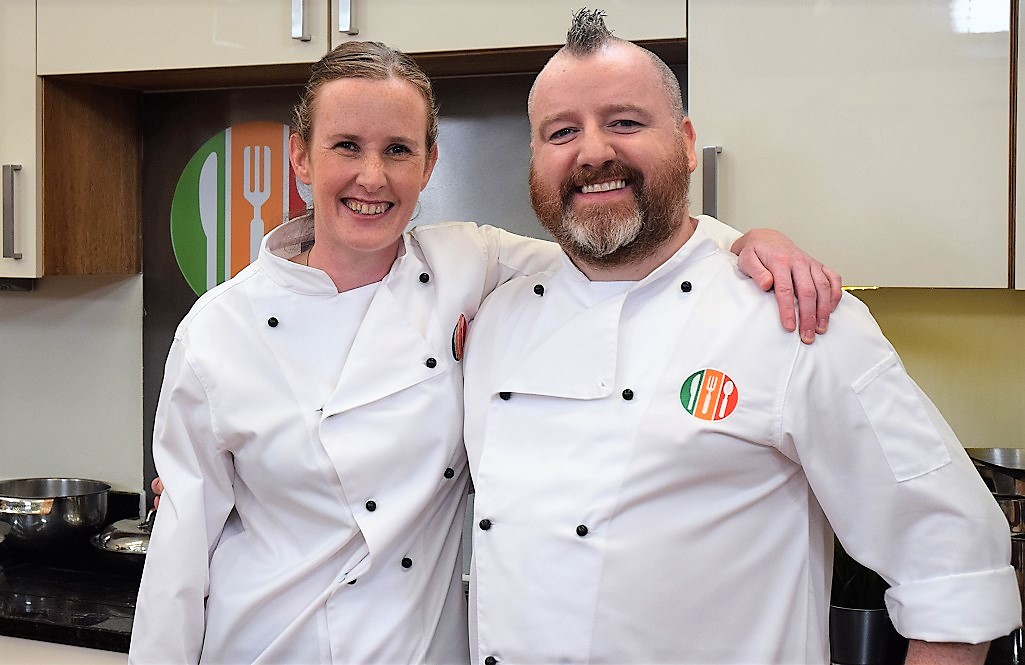 Chef Gary will have some healthy competition in this new TV series!

After his successful stint on Celebrity Operation Transformation, Ramelton’s Gary O’Hanlon is setting out to make ‘naughty’ food nice.

The top chef is set to star in the first episode of a new RTE cooking series called Healthy Appetite, which is all about good food.  Episode one kicks off on RTE1 on Wednesday, April 18th at 8.30pm.

The show will pit two of the country’s top chefs against each other to see who can reduce the naughty elements in their decadent and delicious restaurant signature dishes and turn them into the healthy option.

Chef Gary should have plenty of experience in the lighter side of cooking, after adjusting his diet to lose a fantastic 1st 4lb and 15.5 inches in Operation Transformation 2017.

There will be plenty of healthy competition in the kitchen as Gary takes on Cork’s finest Kate Lawlor (Fenn’s Quay, Oyster Tavern).

In each episode of Healthy Appetite, TV presenter and healthy food guru Pamela Flood meets two top chefs in their restaurants where they whip up truly mouth-watering and seductive signature appetisers, main courses or desserts.

The chefs are brave enough to allow their dishes to be deconstructed by esteemed dietitian Aveen Bannon who pulls no punches and tells them exactly how much fat, sugar and fibre is in each dish.  This is every chef’s nightmare.

Pamela then challenges the two chefs to join her in the Healthy Appetite kitchen where they’ll conjure up creative ways to make their tried-and-tested dishes healthier in a head to head cook-off.  We’ll see all their clever substitutions, healthier cooking methods and portion control tips that will inspire the way we cook in our own kitchens!

Both chefs present their dishes to a discerning panel of judges, dietitian Aveen Bannon, food critic Ross Golden-Bannon and Michelin Starred Chef with a passion for healthy cooking, Adam Byatt of Trinity Restaurant in London. They will judge the chef’s efforts to see which one has improved the most nutritionally while keeping all the flavour and wow-factor of the restaurant original – proving that it is possible to make delicious restaurant-quality food that’s also good for you.

Tune in to the show on RTE1 Wednesday, April 18th at 8.30pm to see Chef Gary bring flavour – and fun – to the competition.