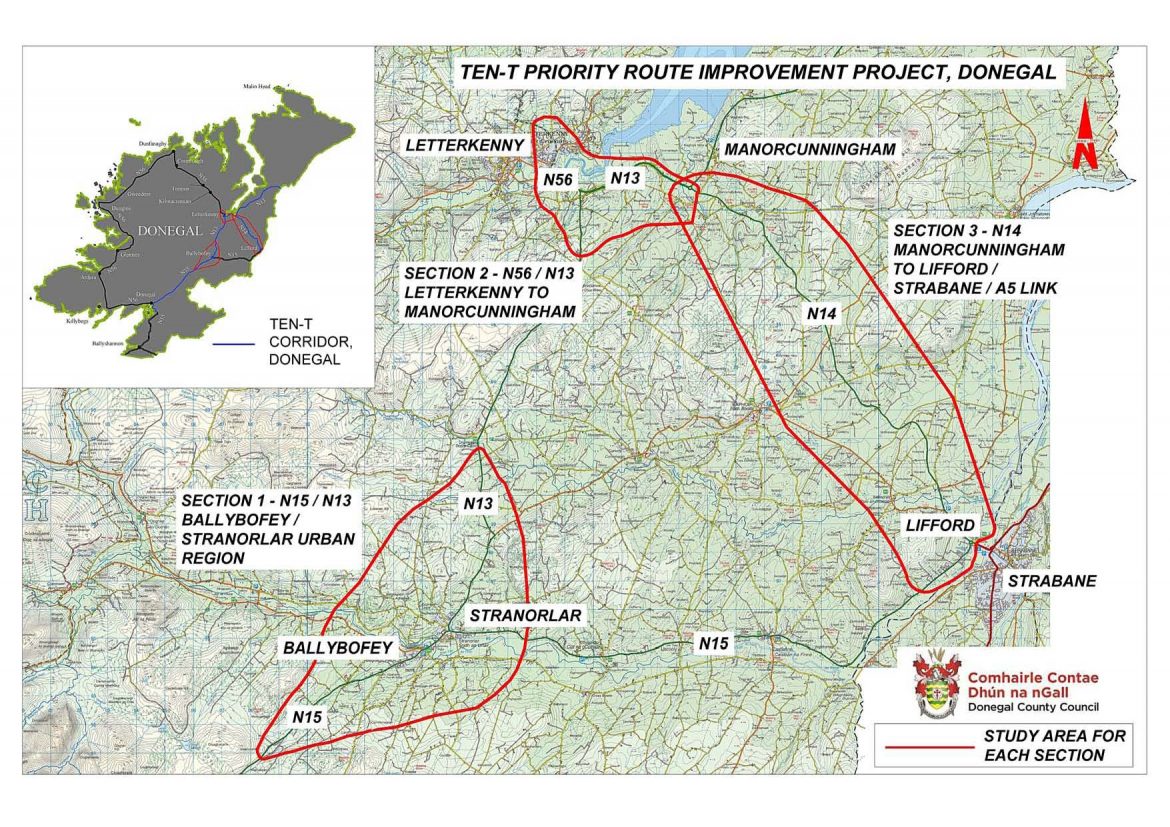 Members of the public are being invited to attend public consultation events to view and comment on potential route corridors identified for a major National Road Project in Donegal.

This major road project is part of the Trans-European Transport Network, or TEN-T which is a selection of strategic transport corridors throughout the European Union (EU).

Three sections of the TEN-T Network in Donegal have been prioritised for improvement and these are the N15/N13 Ballybofey / Stranorlar Urban Region, the N56/N13 Letterkenny to Manorcunningham and the N14 Manorcunningham to Lifford / Strabane / A5 Link.

These events will be held on Tuesday 17th April in the Radisson Blu in Letterkenny, Wednesday 18th April in the County House in Lifford and Thursday 19th April in Jackson’s Hotel in Ballybofey from 2pm to 8pm each day.

Following confirmation of the Preferred Route Corridor, the scheme Design will be developed and Environmental Impact Statement will be prepared.

Comments and observations can also be made online at www.donegal-ten-t.ie.

The TEN-T Network in Donegal is a TII Funded Project and is being undertaken by Donegal County Council with design consultants RPS Consulting Engineers / Barry Transportation.