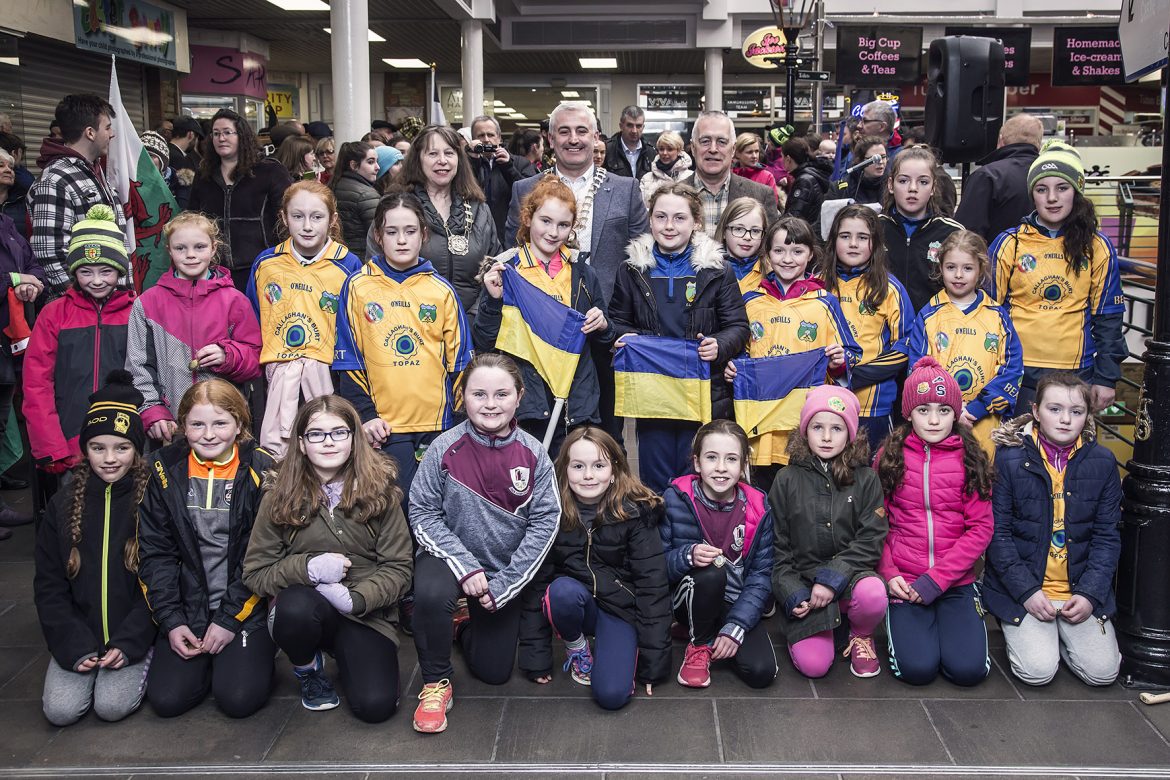 Pan Celtic Festival hailed as a cultural and economic success

Even the heavy rain on Friday last did not dampen the spirits of the Pan Celtic Festival revellers as they took part in the annual Pan Celtic parade along Letterkenny’s Main Street.

Hundreds of visitors and locals alike turned out for the colourful pageantry which included displays from marching bands, dancers and musicians from each of the six celtic nations of Ireland, Wales, Scotland, Brittany, Cornwall and the Isle of Man as well as a magnificent display from the Inishowen Carnival group.

Liam Ward, Donegal County Council says that the feedback received from our visitors has been exceptional.

“They were overwhelmed with the welcome they received from the people of Letterkenny and many spoke of their excitement at returning again next year.  I would like to thank all the local businesses, groups and volunteers for making this year’s festival such a success.”

“The economic spin off from an event such as this speaks for itself but the relationships that have been built and the connections made are also very important for the county.  To be able to harness what is unique to each of the nations and to celebrate and share our Celtic heritage, cultures, traditions and especially our languages is a privilege in itself.”

The Festival ran from Tuesday to Sunday, April 3 to 8, and boasted a packed programme of themed concerts, music, song and dance.

The festival got off to a great start on Tuesday night with a special Opening Night Concert at the Mount Errigal Hotel where representatives from each of the six celtic nations entertained the large audience with music, song and dance from each of their own nations.

An Grianan Theatre and Colaiste Ailigh hosted a number of competitions throughout the week including the prestigious Pan Celtic International Song Contest, the spectacular Pan Celtic Choral Concert as well as the Traditional Singing competitions.

The Pan Celtic Nights at the Festival Club were among the highlight events of the Festival, as each of the visiting nations pulled out all the stops to put on the most impressive show.

“There is no doubt that Letterkenny and County Donegal has left a positive lasting impression on our fellow celts and work is already well underway planning for next year’s festival which we hope will be even bigger and better” says Liam Ward.