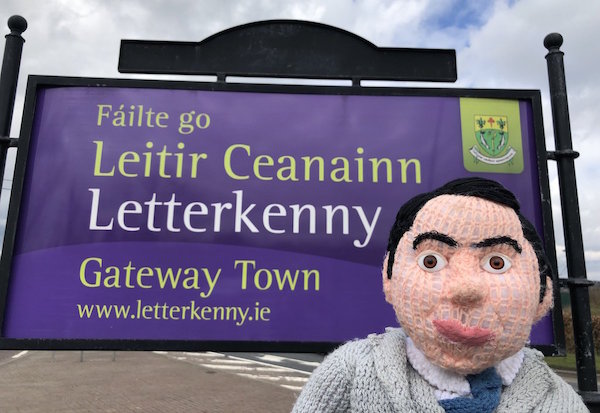 Comedian Jimmy Carr has evoked the wrath of the people of Donegal after he slagged off their town.

The Eight out of Ten Cats star was appearing in Letterkenny’s Clanree Hotel last night.

But while there, Carr tweeted a not very complimentary of Donegal’s biggest town.

Carr posted a tweet of himself with a toy doll in front of a tourist sign for Letterkenny.

And he tweeted “I’m in Letterkenny ‘Gateway Town’. What they don’t tell you is it’s a gateway to the 70’s.”

But the Mayor of Donegal and Letterkenny resident, Cllr Gerry McMonagle said Carr should look at himself first.

He said “Well at least our jokes aren’t from the 1970s. And I wonder did Mr Carr charge 1970s prices into his concert.

“I’m not from Letterkenny but I choose to live here as I think it’s a great town with so much going for it.”