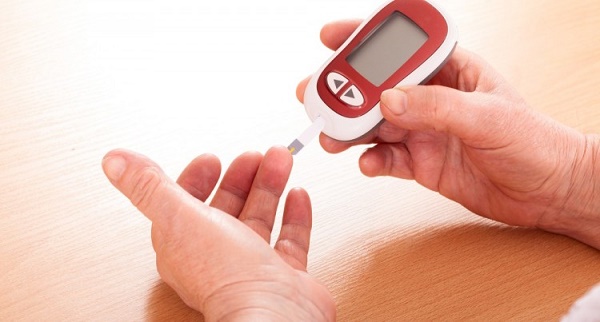 Donegal Deputy Pearse Doherty has slammed the Government over its failure to get to grips with the escalating crisis in Diabetes Care services in Donegal, adding that patient health and well-being is being totally ignored as a result.

The Sinn Féin Deputy was commenting after the latest data from the HSE reveals that adults with Type 1 diabetes continue to wait up to 2 years for recall appointments, despite HSE guidelines which recommend patients be reviewed every 6 months.

The figures come at a time of mounting concerns over diabetes care in the northwest which still remains without a dedicated centre of excellence for diabetes care, while a number of clinical posts at both Letterkenny and Sligo hospitals remain unfilled.

Deputy Doherty said: “The latest figures in respect of waiting times for routine and follow-up appointments as part of adult diabetes services at Letterkenny University Hospital are yet further proof that Government is spectacularly failing to address the crisis gripping diabetes care services here in the northwest.

“Figures which I’ve received from the HSE show waiting times of 12 months for routine appointments, while recall appointments for adults living with type 1 diabetes remains at 24 months – far in excess of the HSE’s own guidelines.

“And when you consider that People with diabetes run a greater risk of developing one or more severe health complications due to the condition, many of which are avoidable with the appropriate medical intervention, then these waiting times are understandably very worrying.

“In terms of adult care, a second additional full endocrinologist post remains unfilled, despite it already having been sanctioned by the HSE’s advisory committee, while patients and advocacy groups are disappointed that it now appears unlikely that a Consultant Paediatric Endocrinologist will be recruit to fill a vacant Consultant post at Sligo Hospital.

“And while recent efforts to recruit dieticians to fill existing vacancies at LUH are to be welcomed, patients remain concerned that there’s no dedicated dietician role for diabetes care.

“Furthermore, the snail-pace-like progress being made to establish a centre of excellence for diabetes care in the region is also being met with disappointment, especially considering that the SAOLTA healthcare group remains without such a dedicated facility.

“These additional staffing and other resources are needed urgently to complement existing personnel and to assist in the provision of crucial diabetes services such as pump therapy, and to ensure optimum diabetes control and better health outcomes for patients.

“And while this situation is a direct result of government failure to tackle these problems head on, I must nonetheless make a point of praising the ongoing work being done by advocacy groups and patients here in Donegal who continue to highlight these shortcomings in diabetes services and who passionately lobby and campaign for additional resources for those living with diabetes throughout the northwest.

“I pledge to continue to work closely with them, and I now intend to use the return of the Dáil next week to raise this crisis situation with the Minister for Health and to demand that he and his government take action.”