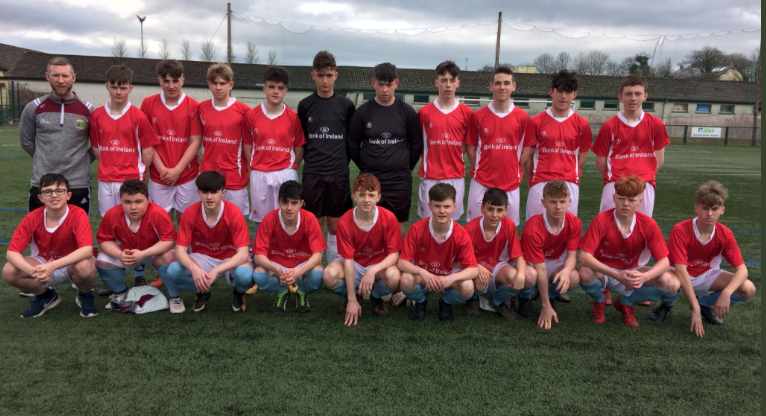 ‘The Bish’ scored four in a 27-minute spell to extinguish the St Columba’s dream.

St Columba’s had started well with Jamie Murray striking them into the lead after just four minutes.

A wonderful effort from Melody put the Galway men ahead and captain Higgins added a third from a free-kick.

Luke O’Gorman twisted the knife further with a fabulous attempt to the roof of the net and it was all over bar the shouting.

Callum Gillen bagged one for St Columba’s in the 46th minute, but it was too little too late.

St Columba’s out of luck in FAI Schools final as ‘The Bish’ prove too strong was last modified: April 10th, 2018 by Chris McNulty