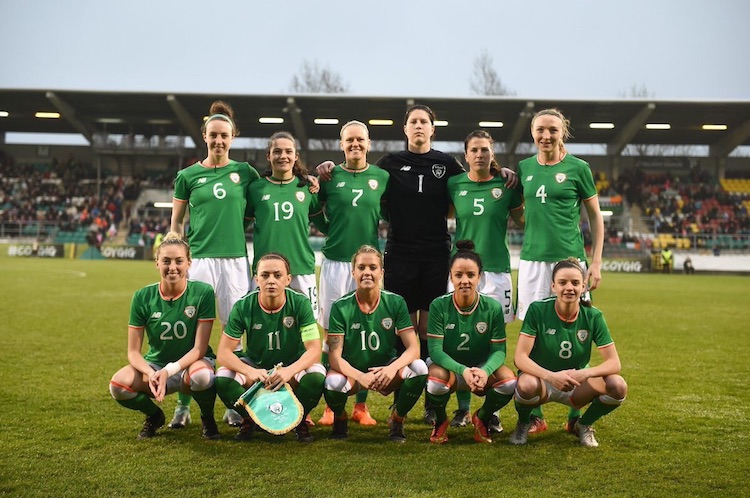 Amy Boyle-Carr made her Republic of Ireland senior debut last night but the Girls in Green went down to European champions Netherlands at Tallaght Stadium.

First-Half goals by Lineth Beerensteyn and Sherida Spitse gave the Dutch the win on a night when Boyle-Carr was thrown in at the deep end in front of a record 4,047 attendance.

The Glenties woman, who plays for Sion Swifts, turned 17 in January, but was entrusted with a place in the XI by Irish boss Colin Bell.

Netherlands enjoyed the majority of possession throughout the game and took the lead in just the 11th minute. Jackie Groenen found space on the right flank, delivered a fantastic cross that found Beerensteyn who headed home past Marie Hourihane.

Just over ten minutes later they their second of the evening. Diane Caldwell was adjudged to fouled Danielle van de Donk close to the edge of the area and referee Stephanie Frappart pointed to the spot much to the dismay of the Irish defence.

Spitse stepped up to send Hourihan the wrong way and put the Dutch in a commanding position.

Milford’s Amber Barrett – the hero from Friday’s win over Slovakia – was introduced, but Ireland couldn’t claw it back.