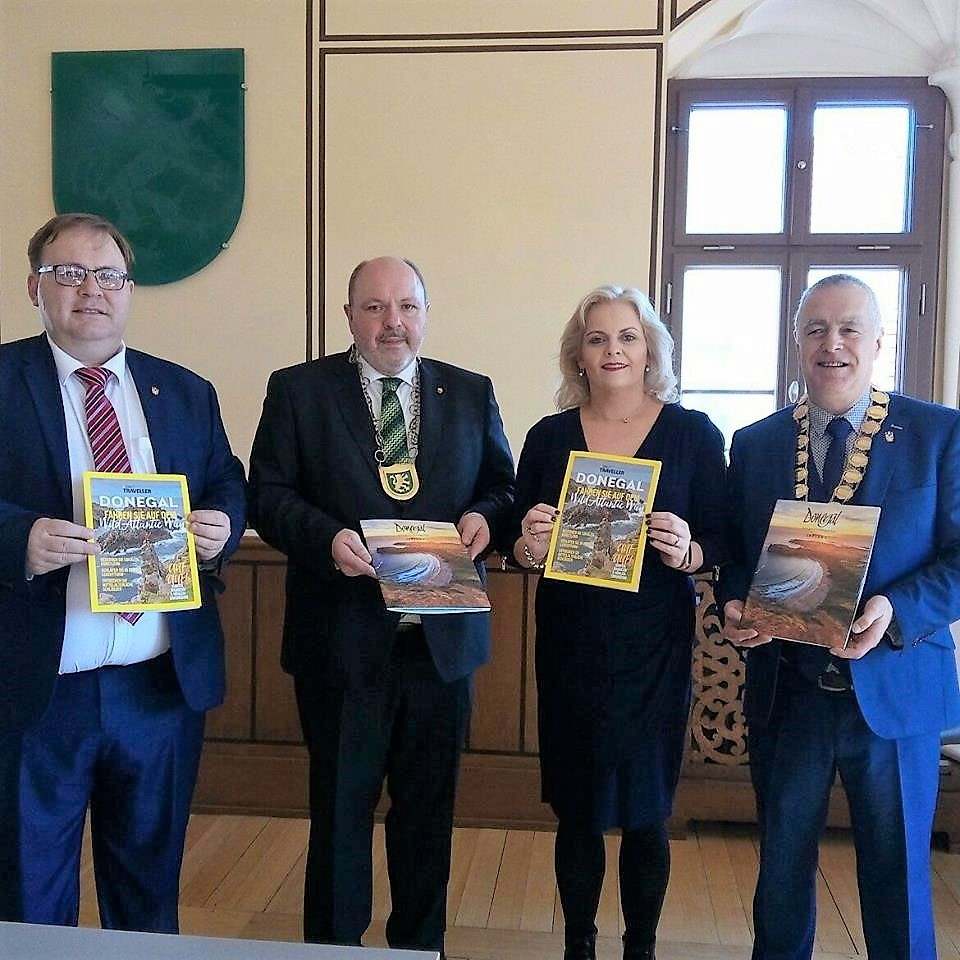 Council to explore twinning arrangement between Letterkenny and Rudolstadt

Letterkenny could be twinned with the German town of Rudolstadt following a successful visit by Mayor Jimmy Kavanagh and Councillor Michael McBride for St Patrick’s Day.

At this month’s meeting of the Letterkenny Municipal District, Mayor Kavanagh gave a report on the four-day trip, made in the company of Councillor McBride and Mary Daly.

There are just five Irish residents in Rudolstadt – including one from Letterkenny, Karol Kerrane – but the St Patrick’s Day parade attracted over 1,000 people.

Three Donegal musicians flew in to provide music on St Patrick’s night, while a number of engagements were attended by the delegation.

Hundreds of Donegal Tourism brochures were distributed at a formal dinner on the Friday night and again at a formal function in the Rudolstadt Town Hall on the Monday night.

The Rudolstadt photography club makes regular visits to Ireland and will base itself in Letterkenny this year.

“It was all very impressive,” Councillor Kavanagh said.

“Karol had the Mayor of Rudolstadt in Letterkenny around Christmas and there is an interest in town twinning.

“The foundations have been laid for something more concrete and it was all positive.

“There is an interest in educational exchanged and there is a commitment from LYIT to be involved.”

Councillor Kavanagh said the exposure in the Rudolstadt media would stand the project in good stead.

He said: “We can work towards a twinning arrangement.”

Such an arrangement would first have to go to a full sitting of Donegal County Council for ratification.

Letterkenny already has a twinning arrangement in place with the Pennsylvanian town of Elizabethtown.