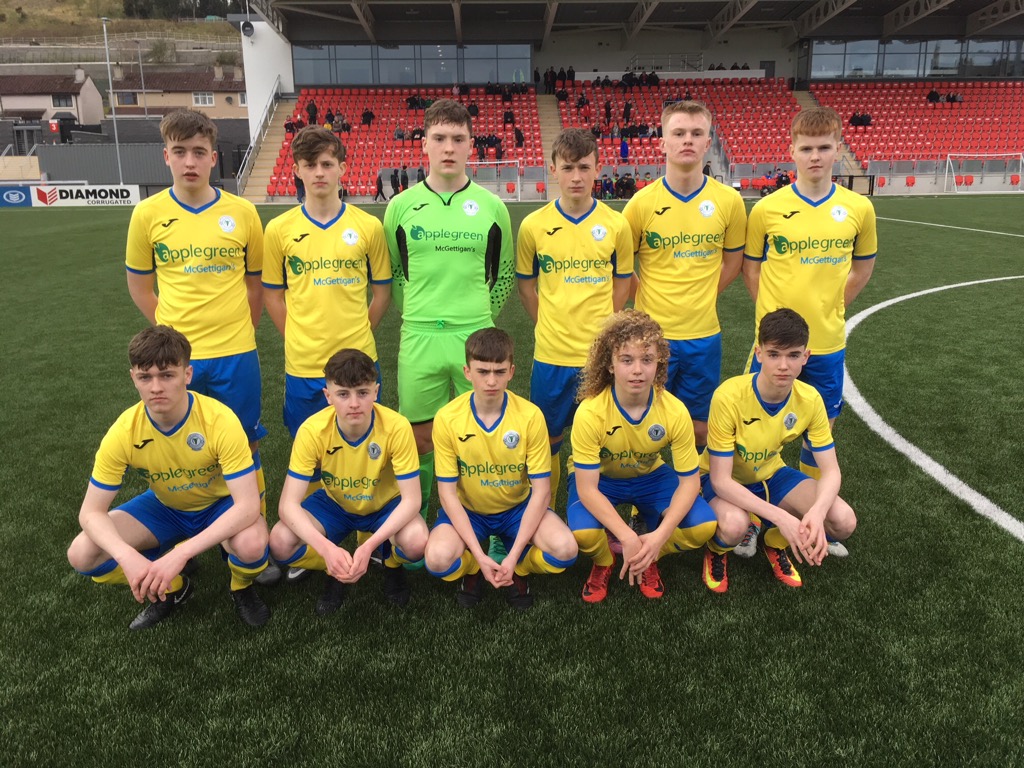 Kevin McHugh is confident for the season ahead with the Finn Harps Under-15s.

Last night, Harps recorded a 4-0 win over Derry City at the Brandywell with Jamie McDaid (2), Daniel Gildea and Joel Gorman on target.

“It’s nice,” said McHugh, whose team has won two out of two.

“We weren’t at 100 per cent, but to come in to Derry and win 4-0, you have to be happy. It’s all about being brave. The Brandywell surface is great so it would be a shame not to play on it.”