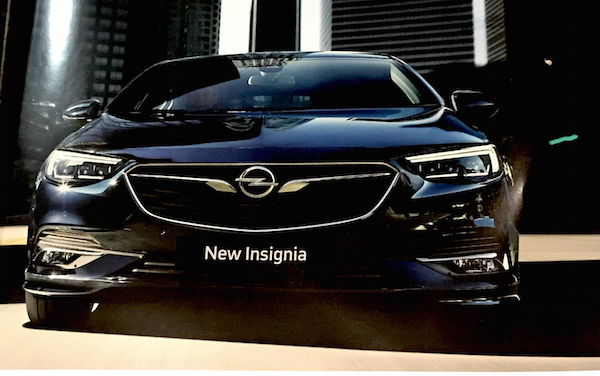 Commodores and Records, all memories from a distant past, where you can’t really remember the tune but it’s rattling around in there somewhere in your head just looking to attach itself to a person or a moment in time.

If you’re thinking “Sail On”, or “Still” or Easy, (Easy like Sunday morning) you’re on the wrong road.

The Commodores and Records that I’m thinking about were also big in the 70s and 80s but they weren’t produced by Lionel Richie and the band members.

My memories were made by Opel. This German carmaker produced big memories like the Opel Commodore, the Opel Record, Omega and Monza – all big hits in their days but now all out of production.

The big saloon car was a hit with car manufactures back then but now drivers are looking for options to suit their lifestyles so car makers need to look at all the needs when they put a classic saloon car like this on the market. 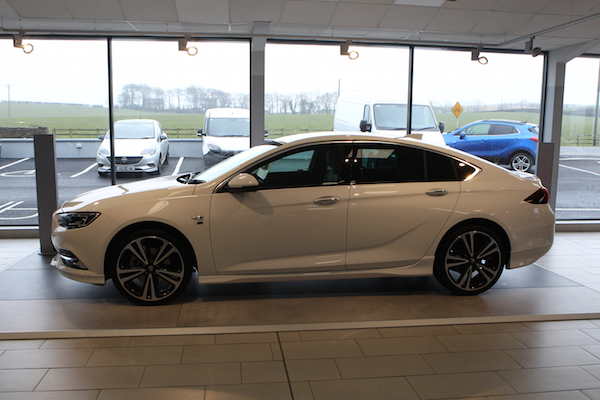 The New Opel Insignia on show at Manor Motors

Rüsselsheim is a German City in the heart of central Europe where the present-day Opel Insignia rolls off the production line.

They make left-hand drive versions for all of Mainland Europe but turn out a batch of right-hand drive Opel especially and only for Ireland.

This Opel Insignia has replaced the familiar names in the Opel brand, like the Ascona/ Vectra and the Sigma and even the classic Opel Manta. The latest version is the second generation of the Insignia and Opel have worked well on this executive sector type model.

At the age of 79 my grandfather bought his first car in 1966, it was an Opel, registration number HIH 281. His son, my uncle also had a company car and it also was a new Opel, but it was a coupe which he managed to roll and then went away and got an even faster Opel coupe, RIH 414.

Our family swore by Opel and Shell Oil. People did that years ago found a brand that the liked and that was that, they were always associated with these brands.

When I am writing about the Opel brand I find that round crest on the wheel of the car still makes me think of my family that went before me and the great adventures we went on.

As we all piled into the back of a two-door red Opel with Pop, my grandad and Auntie B and headed to the “Cash and Carry”, I know that sounds like a robbery now but that was a trip to the wholesaler to buy supplies for our family shop. 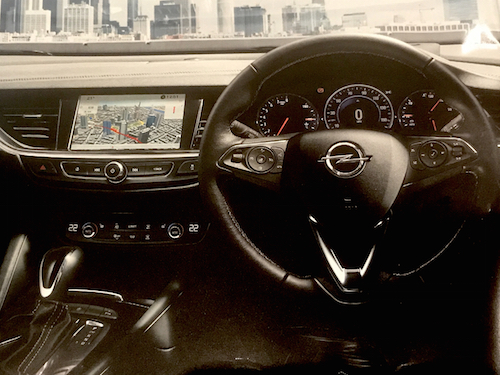 What and Interior the new Opel Insigina has ,all built around its driver.

The design and shape of the new Insignia catches my eye every time I see it on the road you could be mistaken for thinking it was a three series or c class with it coupe-like looks in a saloon car form.

The Astra and the Insignia have just that little something that draws your eye to them. Now this “something different” is nicely understated but it’s when you go behind the wheel that you appreciate the difference.
I had the pleasure of driving one this week thanks to our recently appointed Opel Dealer Manor Motors.

The Insignia has classic lines of what a saloon car that is designed to soak up thousands of miles. It sits low on the road the way all good handling cars once did. It has a pile of room for its passengers no matter what size they are. Built in Germany this new Insignia is aiming at the executive market.

We drove the top of the range models in Manor Motors looking at both the saloon and estate or the grand tourer as they are called now. The diesel car we drove had 170 brake horse-power from its 2.0 litre but the one that everyone is chatting about is the 1.6 diesel with 136 brake horse-power. 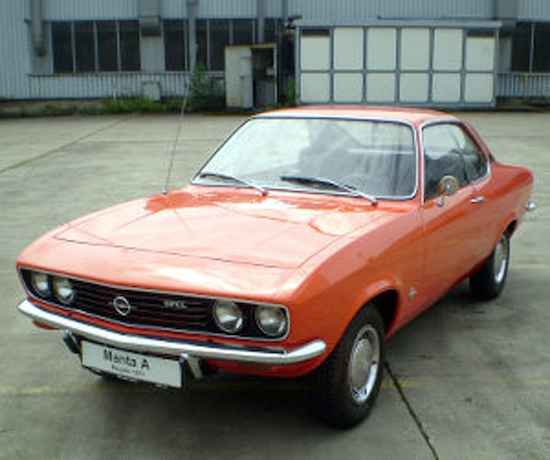 The Opel Manta which bring back memories of growing up in Letterkenny.

Driving a car with this amount of power on tap makes the Opel Insignia’s progression effortless on the road. Driving through the six-speed gearbox the car is both powerful and economical with huge amounts of torque. They say diesel is going but I think it will take as long to convert people back to petrol as it did to move them to diesel in the first place!

The car we drove was finished in a classy soft leather interior which surrounds the driver in a very comfortable cabin. Being connected is the big thing now and connecting to the cars i-play through your phone and working together with the cars touchscreen multi-function and even someone like me can easily connect up your phone both to the car phone kit and also listen to your own music through the radio you soon get the picture how Opel have made this car as much around its driver as possible.

With the exception of the roof a little on the low side for me, I don’t think there is anything else I could fault this well made executive range car.

The German city of Rüsselsheim has produced all the generations of the Opel Insignia right back to the first generation Opel Ascona that were produced starting 48 years ago in 1970.

With Opel dealerships in Letterkenny and Manorcunningham over the last 50 years there was always a lot of family memories of Opel including the coupe version the Manta of the Ascona salon. 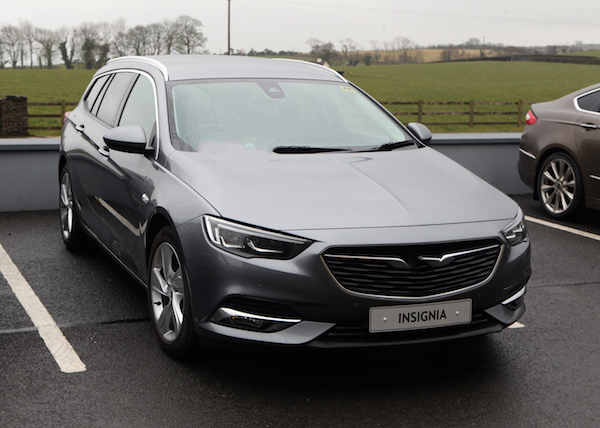 Opel will be the first to recognise the difficulties in marketing and selling the Sigma but this second generation Insignia has a lot going for it a classic stylish executive sector car.

The Opel brand was owned and controlled by the General Motor Group for over 50 years but as of recently the Brand is now in the control of the PSA group in Europe which is a great vote of confidence in this great German brand. 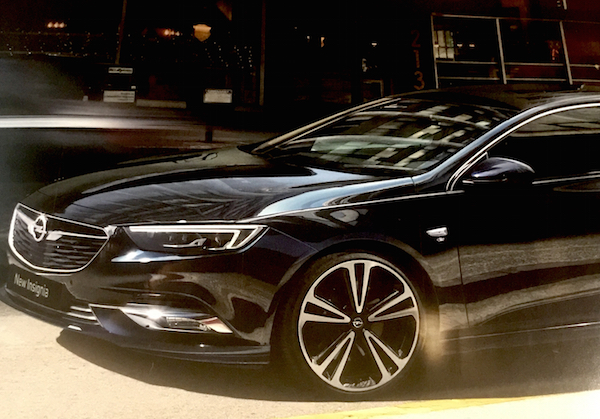 The latest version of the Opel Insignia which is a classic saloon gear at the the excutive sector.