Killybegs to welcome its longest cruise ships ever this summer

Two luxury cruise liners will set a new record when they berth at Killybegs pier this season.

In May and July, the Killybegs will welcome Cunard Line’s MS Queen Victoria and MS Queen Elizabeth.

At 294 metres long, twice the length of the Croke Park pitch, they will be by far the longest ships to visit the fishing town.

Cruise Ship agents Sinbad Marine Services Ltd. have revealed that 15 cruise ships will arrive at the harbour from April 26th to September 24th 2018, bringing thousands of visitors to the area.

The 20th of May is expected to be a thrilling day for Killybegs as the Queen Victoria sails into town. There will be up to 2208 passengers on the ship and a crew of 900 – many of whom will stay in the town. The Queen Elizabeth will berth on July 20th during its voyage from Rotterdam to Britain and Ireland.

It is expected that many locals will come as “day trippers” to see such large ships docked in the harbour.

Passengers can disembark to explore Donegal’s highlights for the day. Typical excursions from the port include visits to Glencolmcille Folk Village, Donegal Town and Crolly.

A spokesperson from Sinbad Marine Services said cruise ship stopovers in Donegal often inspires passengers to return on holiday: “Passengers often comment that they intend to return to Donegal at a later date to see more of the amazing scenery and as most of the Queen Victoria and Queen Elizabeth passengers will be UK nationals there is a great chance that many of them will make a return visit.”

Killybegs has become the cruise capital of the Wild Atlantic Way thanks to its deep water harbour and the stunning natural scenery of the surrounding areas.

Of the 15 ships due, 11 are 175 meters long or more, which is considered large for Killybegs and 8 of the ships are making their first port call to this port. The new pier at Killybegs is 300 meters long, just enough to accommodate the Ms Queen Victoria and Ms Queen Elizabeth. 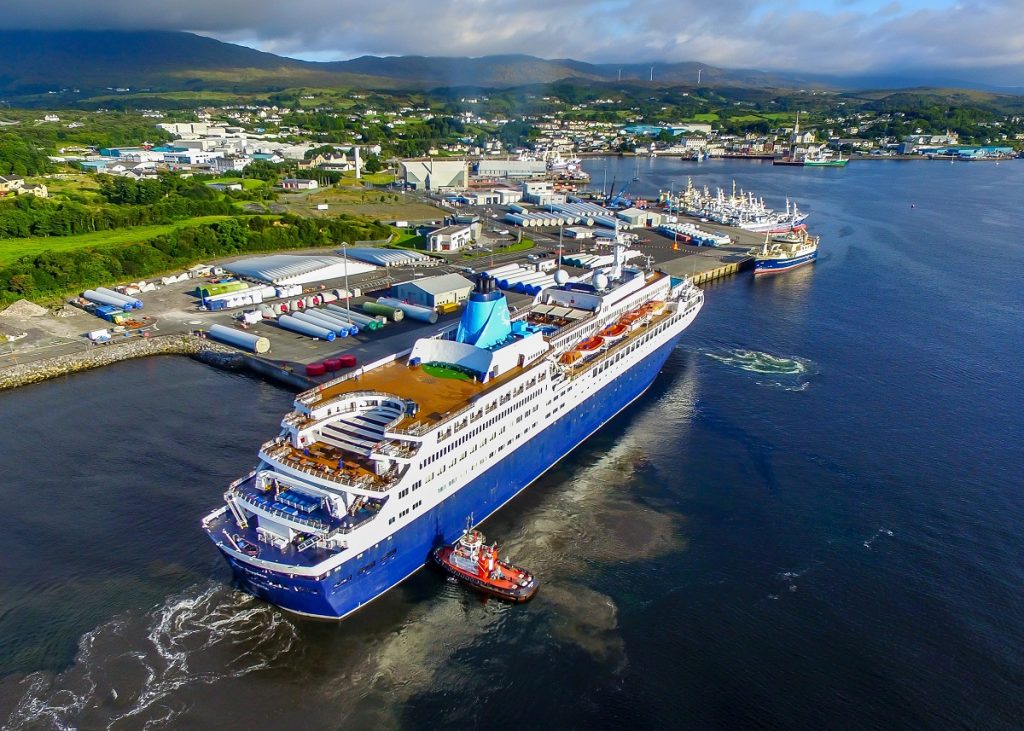 The Queen Victoria was launched in 2007 and had a major refit in 2017 while the Queen Elizabeth is the youngest of Cunard’s three ships being launched in 2010.

Cunard ships have a reputation for classic elegance, hosting a ‘formal evenings’ during their cruises and enforcing a dress code on board after 6pm every evening which informs passengers that “shorts and blue or worn denim (for men and women); sandals and sleeveless tops (for men) are not considered appropriate within the ship”.