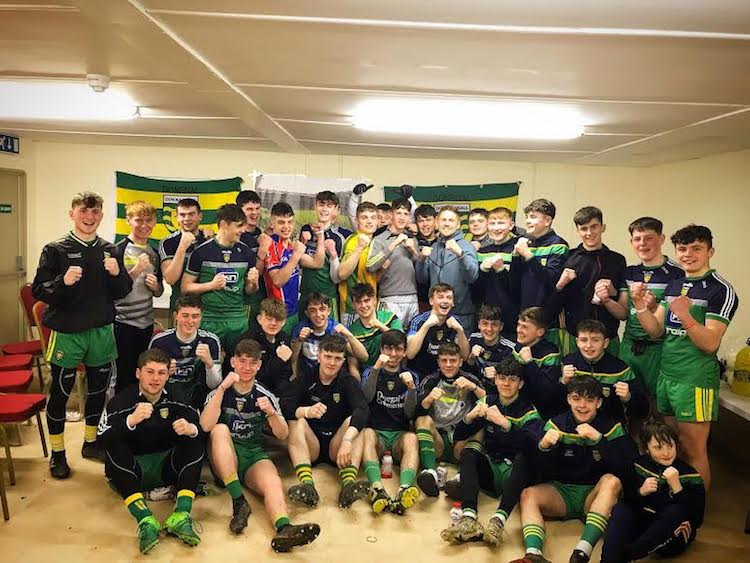 Quigley linkes up with Donegal U17s, who aim to KO Monaghan in final

NABF middleweight champion Jason Quigley gave a motivational talk to the Donegal Under-17s ahead of their Jim McGuigan Cup final this weekend.

And in one of their last get-togethers before the big final, the Donegal side got a pep talk from the undefeated Quigley (14-0, 11KOs), who made a winning return to the ring on Easter Saturday night with a sixth round stoppage of Daniel Rosario.

Quigley is currently on a break at home before returning to camp with trainer Dominic Ingle soon.

Quigley is hoping the Donegal U17s can KO the Farney in Saturday’s final.

Quigley linkes up with Donegal U17s, who aim to KO Monaghan in final was last modified: April 12th, 2018 by Chris McNulty