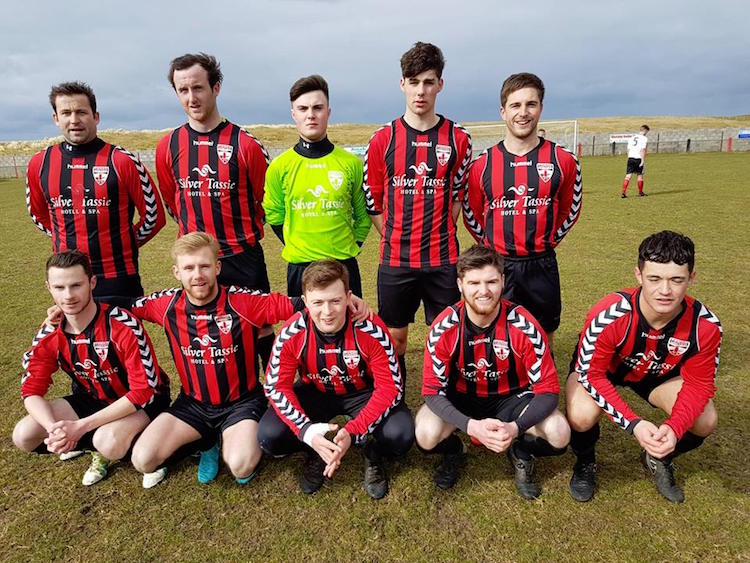 Arthur Lynch’s Fanad arrived in Bonagee knowing a victory was essential to stay near the top end of the table, and his team duly obliged by grabbing all three points with a 2-0 victory.

The visitors started well and could have taken the lead in the 8th minute. An pass by Tony McNamee allowed Oisin McMenamin in one on one but Paddy Quigley saved well from the Fanad striker.

Chances also came for Fanad through Davitt Walsh and McNamee but Quigley was equal to anything that was thrown at him.

The home sides Míchael Doherty tested Dane Dunworth from the edge of the box and McMenamin again warmed the palms of Quigley with a close range effort in the 37th minute.

Bonagee did have the ball in the Fanad net in the 40th, but referee Marty McGarrigle adjudged Sean Hume to be in a offside position.

Fanad broke the deadlock in the 68th minute when a cross to the far post by McMenamin was slammed home by Marty McAteer.

That lead was doubled five minutes later when Oran Hilley inadvertently put the ball into the path of McMenamin, and he managed to lob Quigley from 12 yards. Bonagee did try to get back into the game but efforts were defended well by Shaun McElwaine and co.

USL – Fanad stay in touch at the top thanks to away win at Bonagee was last modified: April 15th, 2018 by Chris McNulty