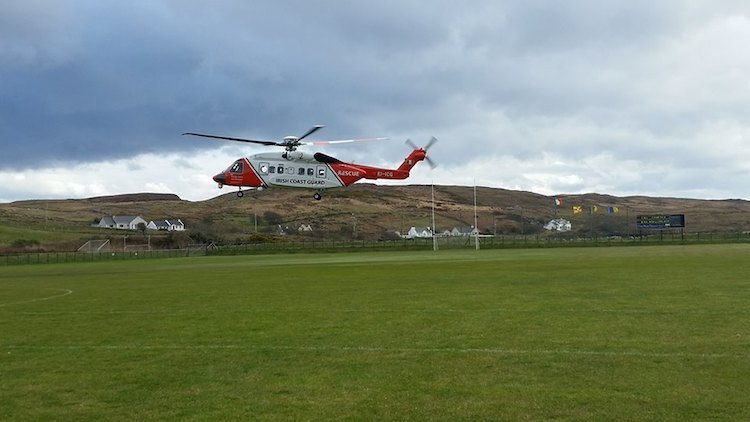 The Rescue 118 helicopter was dispatched to the Kilcar GAA pitch yesterday to transport a man to hospital in Derry.

The Killybegs Coast Guard were tasked to the pitch in Towney to set up a landing area for the Sligo Coast Guard’s helicopter to land.

A HSE ambulance had attended the scene after a man attending the All-County League Division 1 game between Kilcar and Milford suffered a suspected heart attack.

Killybegs Coast Guard members assisted as the man was transferred to Altnagelvin Hospital in Derry, where he underwent surgery.

The Kilcar club have extended their thanks to those who attended to the man.

“There was a bit of panic for a while, but thankfully it happened with so many good people around to help,” a spokesperson said.