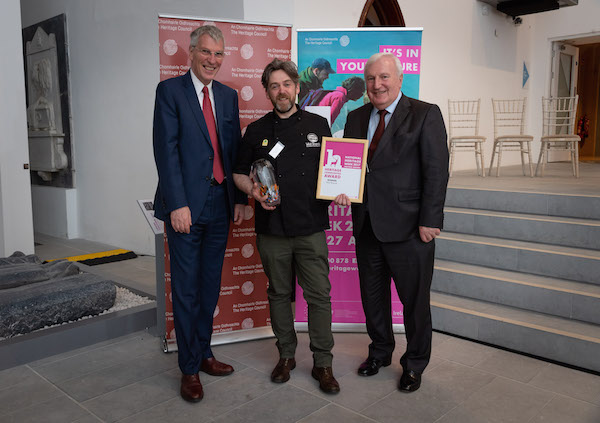 A Donegal community group has won a top heritage award.

The Heritage Council showcased the best of National Heritage Week and recognised the fantastic work of all the heritage enthusiasts who take part.

There were 122 entries for the Awards and 170 nominations for the Heritage Hero award.

The 13 winners came from eight counties from Donegal to Kerry. Co. Clare came out on top with three winners.

This award was open to event organisers who brought their community together to celebrate Heritage Week.
Winner

The Foyle: Tales of Salmon Fishing organised by Wild Strands in Co. Donegal celebrated and documented the rich maritime heritage of local fishermen who fished wild salmon on the Foyle. The organisers recognised the urgent need to create an event so that the wealth of this local tradition could be recorded. In collaboration with the local Men’s Shed they brought men together to share and record their knowledge. There are more plans to record, preserve and pass on the knowledge of the fishermen before it is lost.