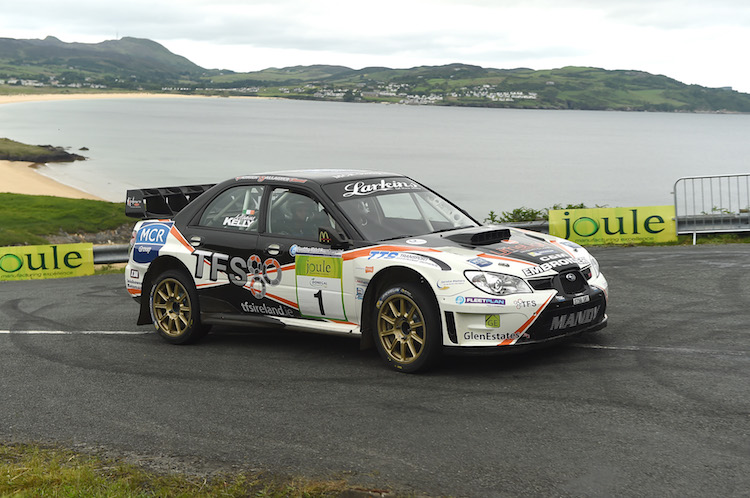 Manus Kelly and Donall Barrett will be back to defend their Donegal International Rally crown in June – with a new main sponsor on board.

The Glenswilly-Milford duo, who became the first all-Donegal crew to win the rally twice, are set to signal their intentions for this summer.

Donegal Daily/Donegal Sport Hub understands that Kelly and Barrett will be back in the cockpit this year with the backing of new main sponsors, Applegreen.

The petrol forecourt retailer, who have a number of outlets in Donegal, are believed to have completed a significant sponsorship arrangement with the Kelly-Barrett-led team.

A formal unveiling of the new deal is expected to take place in Dublin this week.

Kelly and Barrett will be honoured by Donegal County Council this evening with a civic reception after winning the last two Donegal International Rally titles.

In the Melvyn Evans-hired Impreza, Kelly and Barrett won the title from Keith Cronin in 2016 by just half a second and last year they had the edge on Donagh Kelly after a thrilling weekend of action across the Donegal tar.