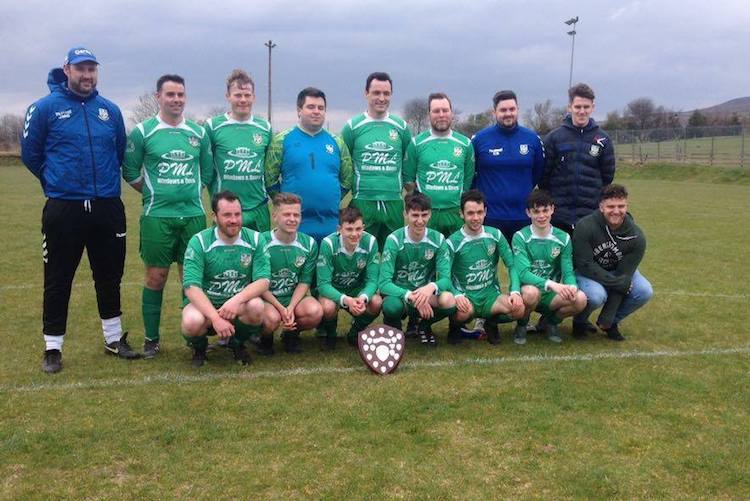 Greencastle clinched the Division 2B League title with this hard earned win over a tough Illies side.

Illies started well and had the first chance when Brendan Grant fired wide when well placed. The visitors broke the deadlock when player-manager Shaun Cavanagh had a header well parried by Kevin Gallagher but Cavanagh reacted well to slam the ball home.

John McDermott then had another chance but fired straight at Gallagher.  But they added a crucial second goal on 33 minutes when after a ball into the box broke to the edge of the area Jude Harkin hammered the ball high past Gallagher.

Illies had the first chance of the second period on 55 minutes when Liam O’Connor’s effort from the edge of the area was well saved by Seamus Bovaird.

On the hour Jason Campbell cut the ball back for Joe McLaughlin whose low effort was again well saved by Bovaird.

They spurned another chance after Harkin fed Ronan Doherty but he shot weakly at Gallagher.