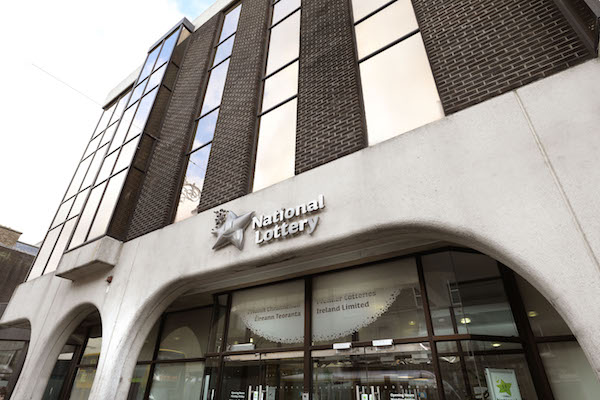 Lotto win is just what the doctor ordered!

A Donegal woman claimed a cool €40,872 after matching five numbers on the EuroMillions draw on 6th April.

The winning ticket was purchased at the Oasis Shop in Letterkenny University Hospital.

The woman was amongst four winners who scooped a total of €158,496 in National Lottery prizes in a Monday not to be forgotten at Lotto HQ!

Sitting in the winner’s room with her son, she said: “My daughter checked the ticket the next day and said I’d won. I thought she was having me on until I saw her eyes tear up.

“This is the first time I’ve ever won anything so I am delighted. I am going to have some fun spending this with my friends and family – You only live once”.

The queue of winners lined up to claim their prizes as excitement builds all over the country ahead of this Friday’s special Mega EuroMillions Draw with a guaranteed prize of €130 million (20th April).

You can share this winning feeling by getting your ticket for Friday’s Mega EuroMillions Draw with a guaranteed jackpot of a life-changing €130 million.

National Lottery CEO, Dermot Griffin, said: “This is an incredible amount of money and we are really excited at the prospect of an Irish winner. The jackpot will roll to €130 million regardless of whether or not tomorrow’s EuroMillions jackpot of €25 million is won. If the winner is one of our Irish players, this will be the highest prize ever won in the National Lottery’s 31 year history”

Play EuroMillions before 7:30pm tomorrow night to be in with a chance to win the €25 million jackpot (estimated. Players have until 7:30pm on Friday 20th April to get their ticket for the €130 million EuroMillions jackpot.