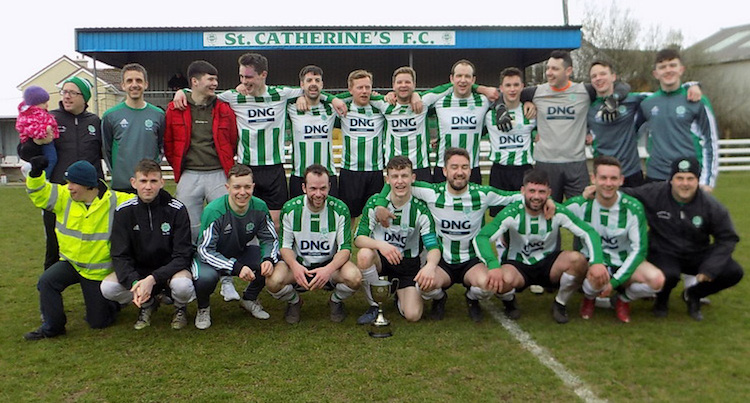 This was a keenly contested fixture right from the off. The home team had a strong wind advantage but struggled to break down a well organised Bonagee defence.

The deadlock was broken on 30 minutes when Dan Breslin lobbed the keeper from the right corner of the box. This lead only lasted 9 minutes as Aiden McLaughlin struck low and hard past the Saints’ keeper leaving it 1-1 at half time.

The visitors started brightly and were unlucky not to be ahead from a header by McLaughlin that was sensationally tipped onto the post and came back into Michael Mullin’s hands.

It looked like one more goal would win this and it came from Ryan Farrell on 70 minutes when he found himself free on the opposing side’s 18-yard line and drilled a shot under the Bonagee keeper for making it 2-1.

The Saints held out to be crowned Division One League Champions.