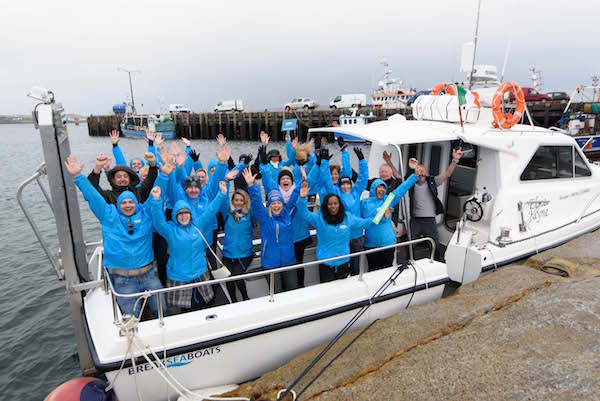 Meitheal 2018 will take place in Citywest Hotel in Dublin on Tuesday 16th and Wednesday 17th April, and is organised by Fáilte Ireland, the national tourism development authority, in conjunction with Tourism Ireland.

During their tour of Donegal, the buyers enjoyed a host of tours around the county to see what we had to offer.

These included a visit to Glenveagh Castle in the Glenveagh National Park, Irish coffee demonstration and a traditional music session at Leo’s Tavern, at Burtonport Harbour they headed to Arranmore Island to enjoy a cookery demonstration and tasting at Muldowney’s B&B, followed back on mainland with a visit to the Donegal design makers in Ardara and a trip via the Glen Gesh Pass to Sliabh Liag Distillery and the visitor centre at Sliabh Liag.

More than 300 overseas buyers and over 400 Irish tourism businesses will be pitching and deal-making over the two days, with approximately 14,000 face to face meetings scheduled to take place – allowing international and Irish operators to meet and agree on business for the 2019 season.

Bespoke itineraries for the fact-finding tours were designed by Fáilte Ireland to give the overseas buyers, a first-hand experience of what their clients can expect to see and do while in Ireland with a key focus on the tourism development authority’s destination brands – the Wild Atlantic Way, Ireland’s Ancient East and Dublin. 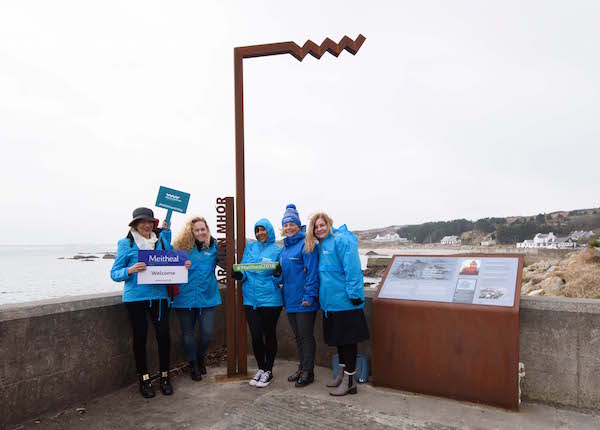 Top international buyers tour Ireland’s Ancient East ahead of attending the country’s most influential travel event, organised by Fáilte Ireland, in conjunction with Tourism Ireland. Tourism buyers from 23 countries, including key markets like GB, the US and Mainland Europe, have undertaken several fact-finding tours across Ireland this weekend, ahead of attending Meitheal, Ireland’s largest tourism trade fair. The group are pictured on Arranmore with Eva Costello, Fáilte Ireland.
Photo Clive Wasson

Speaking about the importance of these trips, Fáilte Ireland’s Director of Marketing, Niall Tracey emphasised that with world-class scenery, hospitality, activities, attractions, culture, heritage and food, it is little wonder that tourists from every corner of the globe set their sights on Ireland.

“Driving growth in the regions through tourism is a key priority for us at Fáilte Ireland and through tailored trips like this one to Donegal, we can show top international buyers different parts of the country, all with their own unique flavour of Ireland.

“This gives them first-hand experience of our cultural riches and tourism offerings, which they can then sell on to their customers around the world – ensuring Ireland is on everybody’s map and itinerary for 2019 and beyond.”