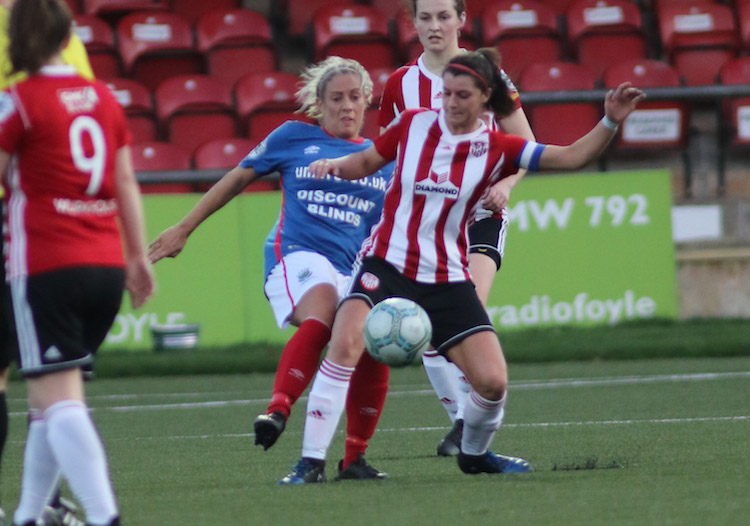 Derry City ladies get the Blues on harsh Premiership return

Derry City Ladies got a harsh lesson dished out on their Dance Bank Premiership return last night at the Brandywell.

The end result was harsh on City, who hit the post amid some decent chances in the second period.

Kirsty McGuinness’s opener was all that stood between the teams at the break, but Linfield swept to victory in part two.

After Derry – who had Donegal women Caoimhe Walsh, Lauren Cregan, Niamh Connolly and Jenna Doherty in their starting XI – had a penalty appeal turned down, Kirsty McGuinness broke up the other end and thumped past Naomh Barr for the lead.

Linfield were by now playing with a strong breeze and Jennifer McDade made it 5-0 when she headed in from Bell’s corner.

A stunning strike by Chloe McCarron showed the Blues were in no mood to let up.

A minute from time, they completed the rout when Bell completed her hat-trick from the penalty spot. 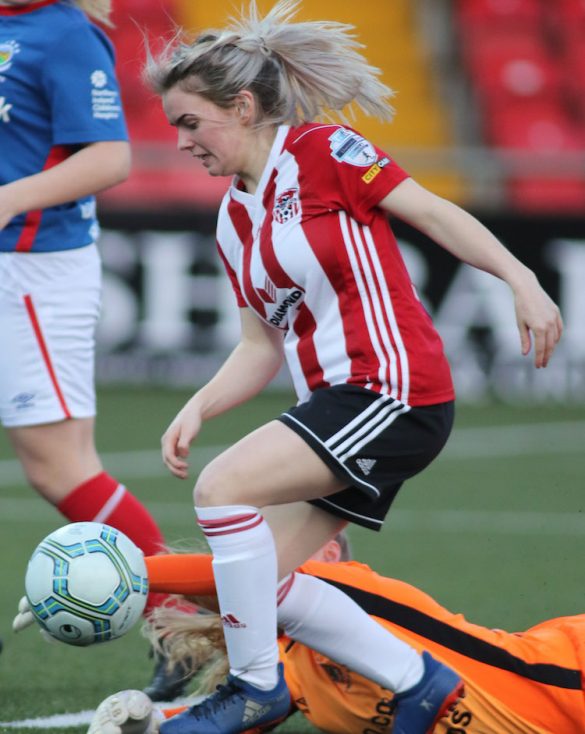 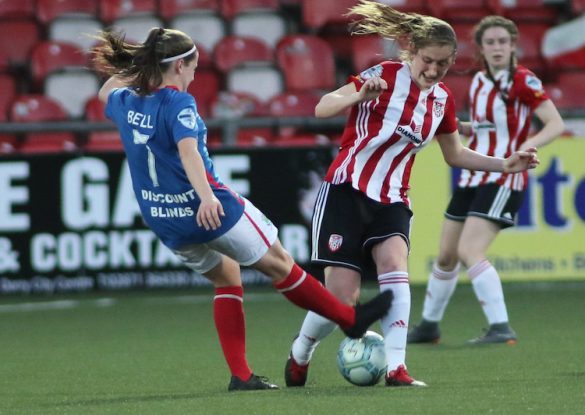 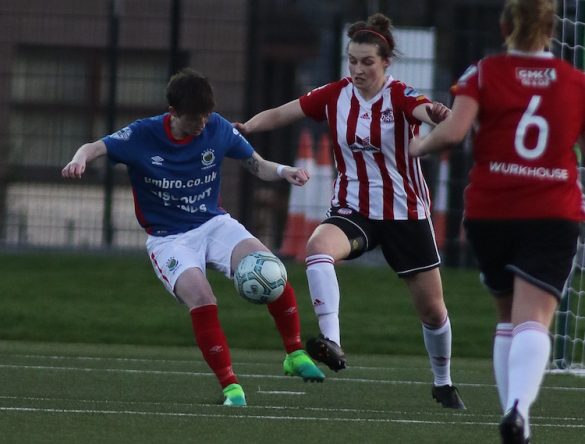 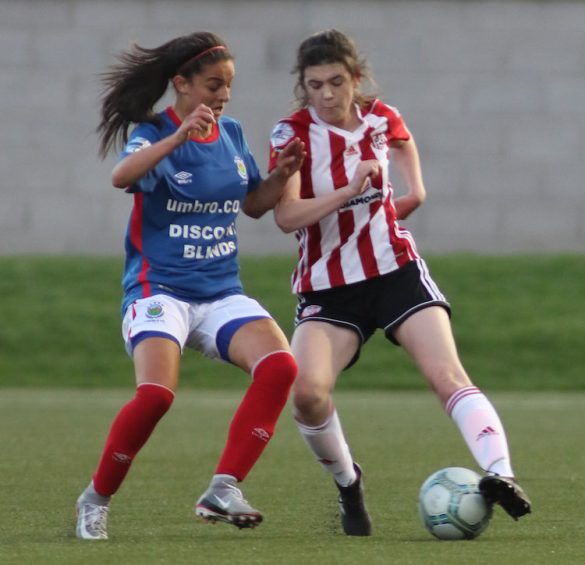 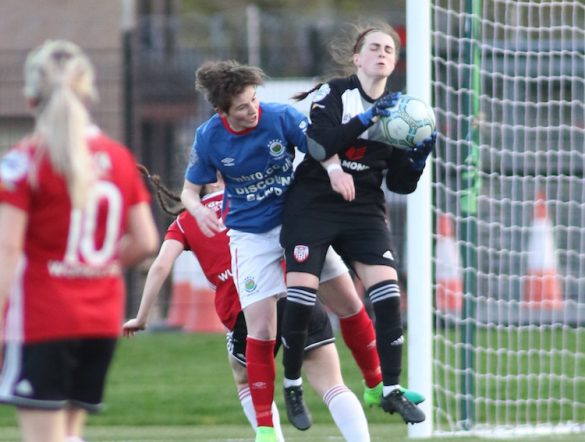 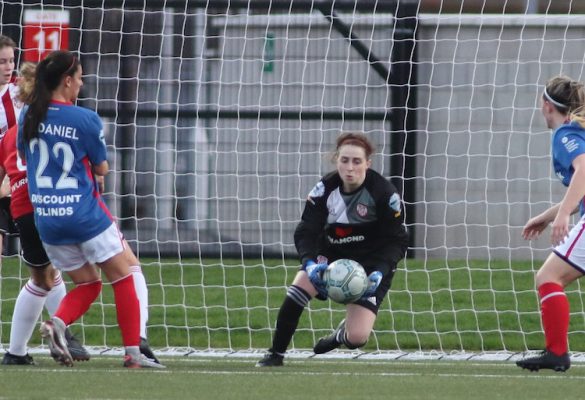 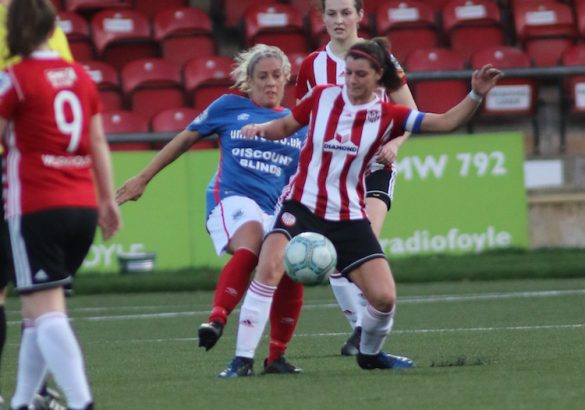