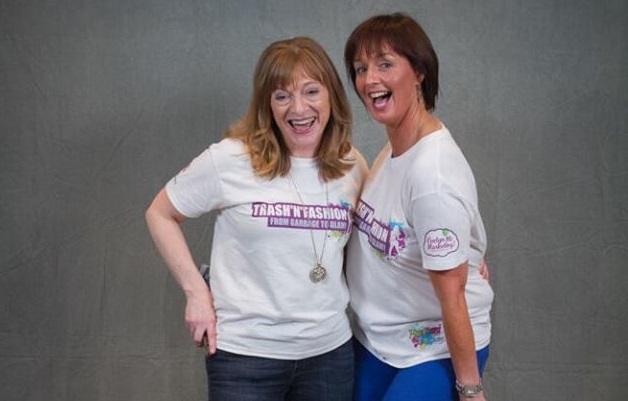 Which charities will get the Trash ‘n’ Fashion treasures this year?

Trash ‘N’ Fashion, Donegal’s own fashion fundraiser, will this year raise money for two local charities at an important time for both organisations.

The Grand Finale of this year’s upcycling style showcase will take place on May 17th. Before the big event, the team have officially announced the beneficiaries for 2018.

Organisers said: “This year we are delighted to have the overall support of Donegal County Council to produce this voluntary not for profit event.

“All proceeds go to local charity and to that end we are delighted to announce where exactly the 2018 money that we raise will be going to.

“There was a call out on social media and two groups became very strong contenders and so we have decided to split the overall money that we bring in, between them.

“Two fantastic organizations that support communities in empowering and drawing attention to issues in our society. Offering support and raising up those involved to say “We are there for you”

“Never has there been a time in the media when issues that no one really wants to talk about are at the forefront and this was highlighted in the amount of votes Donegal Rape Crisis Centre received and also Donegal Youth Service who do so much great work with the youth in our community, were equally well supported.

“We have an opportunity, a voice to make the unspoken heard, to offer a platform to those in crisis and those in growth and to let them know that we as a community care and support them all. It is right and fitting that both of these organsiations will receive what we raise and become aware of one another , extending a recognition and support for each other.”

The 2018 Grand Finale of Trash ‘n’ Fashion takes place on May 17th at The Mount Errigal Hotel Letterkenny. Tickets are €10, and will go on sale shortly.

Which charities will get the Trash ‘n’ Fashion treasures this year? was last modified: April 19th, 2018 by Rachel McLaughlin
Tags:
Trash N Fashion