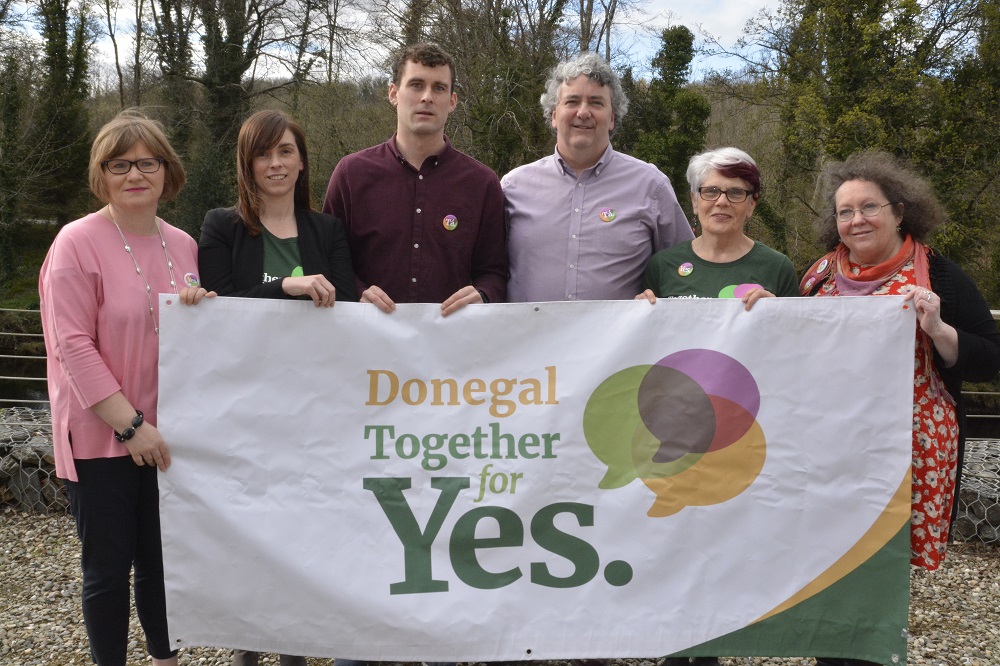 Eamon McGee challenges Donegal to talk about the 8th Amendment

Former Donegal GAA star Eamon McGee has called on the county to team up to achieve a Yes vote in the upcoming referendum on repealing the eighth.

The All-Ireland winner is fronting the Donegal branch of the Together for Yes campaign ahead of the abortion referendum – a position that has earned him a mix of local praise and criticism.

Speaking after the campaign launch on Friday, Eamon said he has had a difficult week being challenged on his views online: “There was a big reaction, but it’s to be expected. When people feel passionately about something that passion can turn to anger.

“I don’t mind Eamon McGee being called this and that but when you take Eamon McGee’s family members into it that’s where I take issue.

“It jarred me, I was probably a bit naive. I thought it would be all just directed at me, but it also says a lot about the people making the comments too.

“What we should be focusing on now is showing compassion for women who have to make the journeys and order abortion pills online.”

The campaign launch at Jackson’s Hotel Ballybofey heard from a Donegal mother, Nicola Cavanagh, and her experience of dealing with the diagnosis of a fatal foetal anomaly. Nicola wanted to seek a termination, but doctors could not allow this under the 8th Amendment. Nicola has to continue with her pregnancy, and five weeks later her son died in the womb. You can read Nicola’s story here: www.donegaldaily.com/2018/04/16/the-eighth-amendment-debate-one-donegal-womans-heartbreaking-story 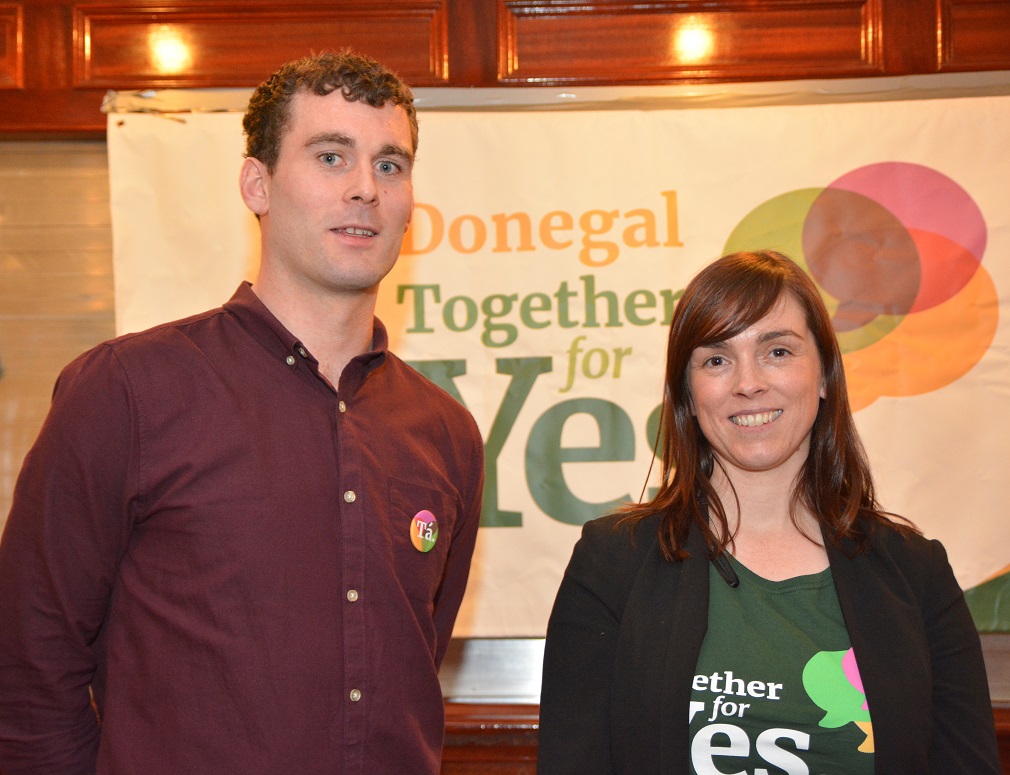 Eamon said the comments he is facing are in no comparison to the ‘hypocrisy’ Irish women such as Nicola face every day.

“I’m ashamed that Nicola has to tell her story. People pat me on the back and say fair play to you for getting involved, but this is easy. This is no bother to me. I smile for a photo, I say a few words, it’s people like Nicola and a lot of good people, strong women, that are putting their stories out there and they demand respect.”

Eamon championed the importance of a yes vote for Donegal: “We see Donegal as the forgotten county. Women who find themselves in the situations where they have to travel or they have to order abortion pills online unsupervised – they’re forgotten, so we can relate to it.” 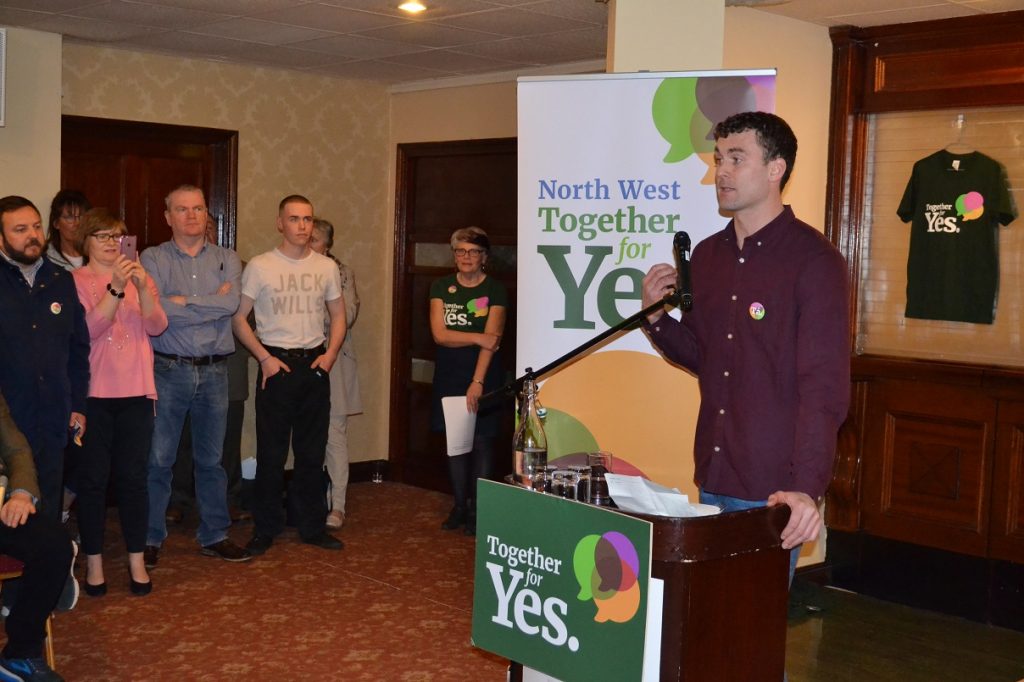 He told women at the campaign launch: “We’ll stand with you, we’ll offer our hand and we’ll use compassion.”

“Donegal – vote yes, and say to the women in Ireland and around Donegal you aren’t alone. We will stand with you and you won’t be forgotten.”

“I’m a lucky man that I have a loving partner, I have two beautiful daughters but I’ve been in a situation where I know someone who has had an abortion. I know the travel they’ve had to make. I know the women that have been disrespected.”

Eamon added that he cannot stand hypocrisy, both a sporting context and in relation to the Thirteenth Amendment – which specifies that the prohibition of abortion would not limit freedom of travel in and out of the state.

He said: “The Citizens Assembly and Oireachtas Committee have shone a light on the 8th Amendment, and in the harsh light of day it’s an ugly thing. It’s a prehistoric thing that shouldn’t be there.” 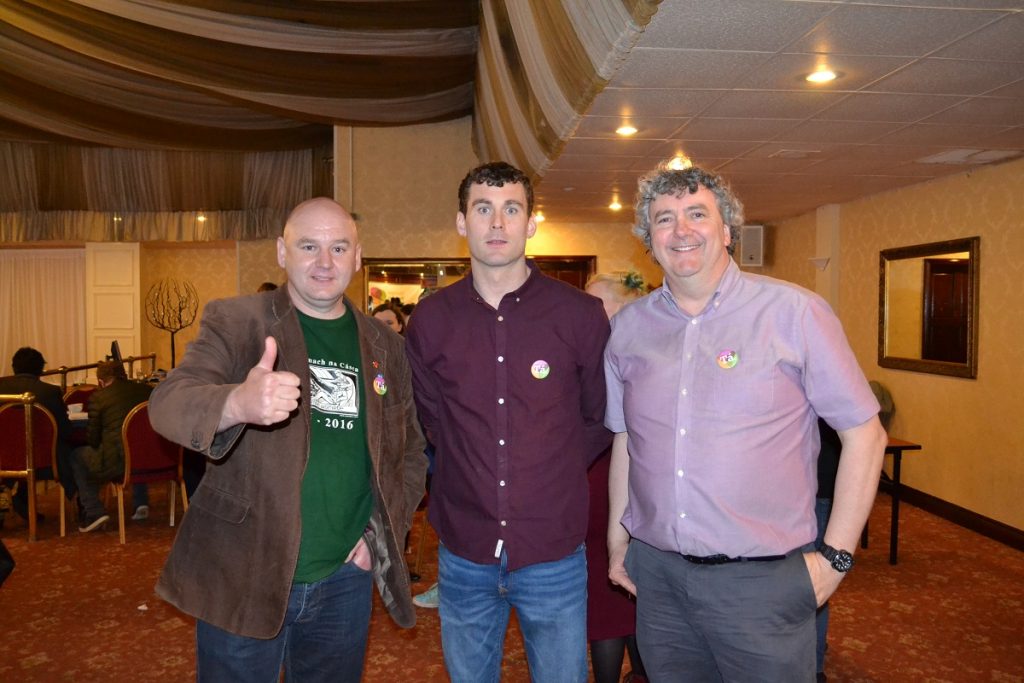 Eamon called on Donegal to team up and move towards the end goal of a repeal.

“There’s nothing more powerful than the power of the collective,” he said.

“When I was playing for Donegal and we had 30 lads all on the one wavelength working night after night. There’s a peace of mind that if things didn’t work out I was able to say that the group gave it their all. Very rarely we failed.

“What Donegal Together for Yes should remember is that, collectively, if everybody is driving forward and giving it their everything I’d be very confident that we’d get a Yes vote.”

Eamon has taken on the task of challenging his clubmates to think about their stance on the topic. His direct approach has had some success, he said:

“The lads know the type of character I am. They know I’ll debate with them if needs be and they enjoy it. I try to challenge their views if they are ‘No’ or ‘Don’t Know’ and I put out the facts. “Sometimes they come back and say they are still for No. A few times they have realised that they are actually for Repeal.” 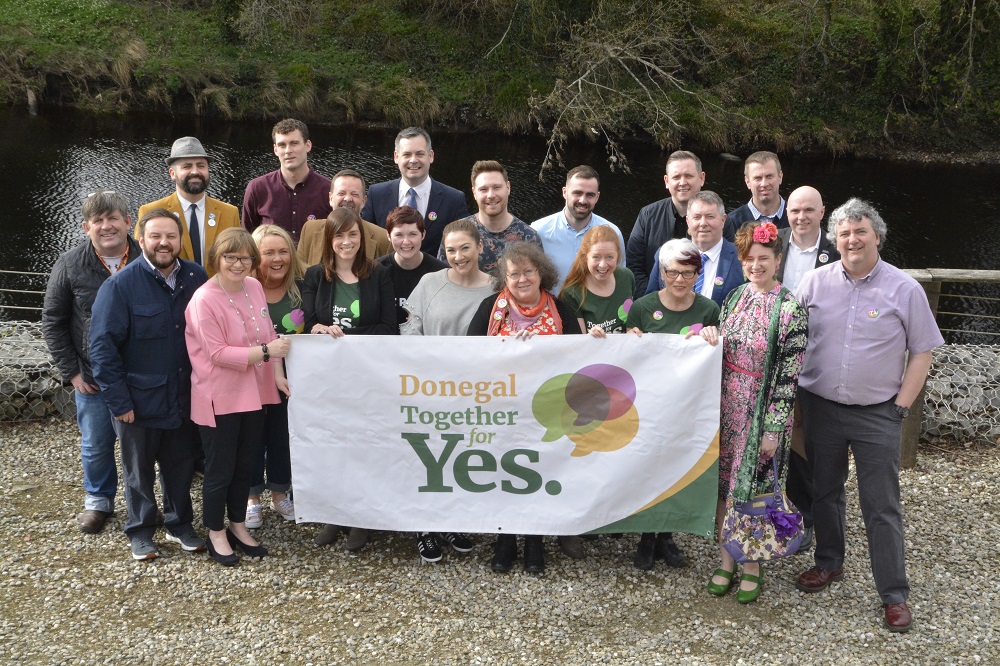 Donegal Together for Yes

Eamon and his partner Joanne welcomed two new arrivals last month, and their twin babies and one-year-old girl are keeping them more than busy. Between changing nappies and feeds and working on the management team of the Donegal U20s, Eamon said he will be an ambassador for the repeal campaign in Donegal for the next five weeks.

“The main thing is that I just want people to go and have that conversation and education themselves. If we get the information out then the majority of people will land in a position for Repeal.”