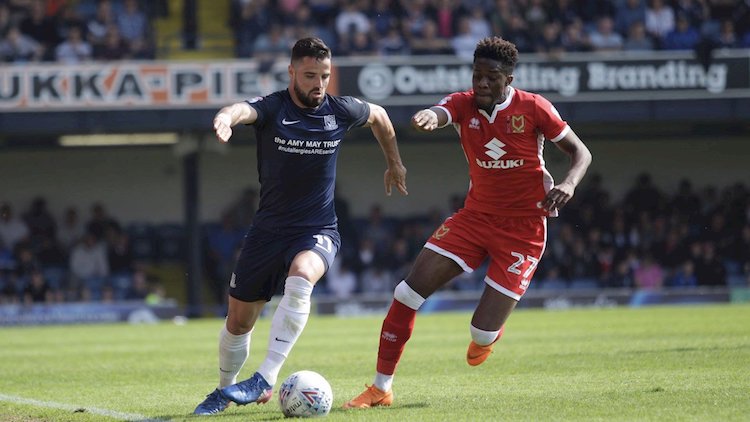 Stephen McLaughlin was on the mark again today as Southend United swept to a 4-0 home win over MK Dons at Roots Hall.

The Inishowen man struck alongside a Theo Robinson hat-trick as Southend cruised to victory.

Midway through the second half, McLaughlin flicked home from a Michael Kightly free.

Robinson netted twice in the first period, on 23 and 31 minutes and he sealed his hat-trick 14 minutes from the end.

McLaughlin had an earlier effort tipped over before he found the onion bag with a well-taken goal to continue his good form.