An extra-time goal by Kevin Doherty when he got the slightest of touches to Chris Carr’s well struck free-kick from 30 yards but enough to deceive Rasheney keeper Sean Friel gave Cranford FC the lead for the second time in this keenly contested Ulster FA Junior Shield Final at the Lakeside grounds in Burnfoot , home of Inishowen league team Aileach FC. That goal came in the 8th minute of extra-time and Danny Mc Bride’s side comfortably held on to add cup success to their promotion season in the Donegal League.                                             CRANFORD FC    2    V    1    RASHENEY FC  ( After Extra- Time ). 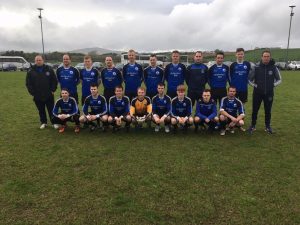 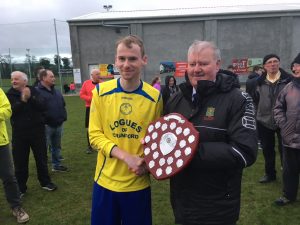 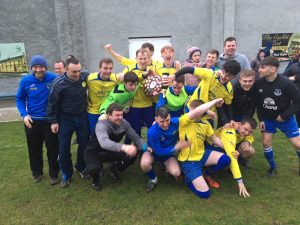