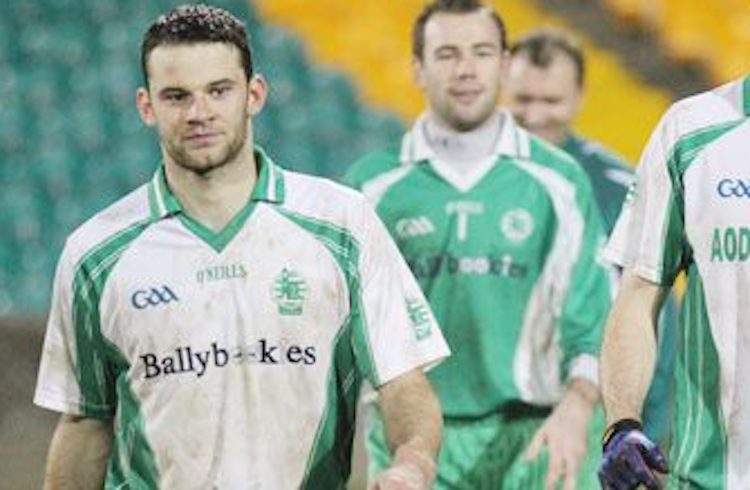 A second-half surge, including the spark of three goals, fired Aodh Ruadh to their first win of the year against Milford at Moyle Park.

Already, there is a sense that a League within a League is developing between these two, Dungloe and Cloughaneely in what seems like being a battle to avoid the drop from Division 1.

David Dolan inspired Aodh Ruadh, last year’s Division 2 winners, with 2-4 as they saw off Milford, who failed to capitalise on the positive of drawing away to county champions Kilcar seven days ago.

James O’Donnell’s Aodh Ruadh had a difficult return to the top flight with defeats in each of their opening four games, but they were deserving winners here.

Milford had led 0-6 to 0-5 at the break with two fine Christopher Barrett points helping swing the tide in their favour.

Cathal McGettigan’s ’45 early in the second half had Milford two up, but Aodh Ruadh soon had the upper hand.

Two wonderful Diarmaid McInerney frees, the second of them sweetly clipped over off the outside of his right boot from beyond 45 metres, were followed by Dolan nipping in to add to the tally.

And it was Dolan who bagged the game’s first goal in the 48th minute, finishing after a break involving Johnny Gethins, McInerney and Shane McGrarth.

Milford were paling water from their vessel at this stage, but Tony McNamee steadied the ship. Daragh Black found Joey Cullen with a wonderful pass and, after Cullen was thwarted by Sean Taylor, McNamee was quickest to pounce.

McNamee’s goal brought Milford back to within two and a clever point from the same player, having been teed up via a combination between TJ Evesson and Ronan Docherty, had them trailing by two with five minutes left.

Aodh Ruadh might still be without Eamonn McGrath and Philip Patton and they lost the influence of David McGurrin in the first half through an injury here.

The Ernesiders, though, made sure of the win with two late majors.

Niall Murray, Taylor and McInerney were all to the fore to pave the way for substitute Dylan Gallagher to net.

In added time, Shane McGrath beat David Curley – sold short by a poor ball across as Milford went in search of salvation – in a tussle. McGrath advanced before laying off for Dolan, who had work to do, but his effort was out of Caolan McGettigan’s reach.

It was fitting that Dolan had the final say, arching over another point to leave Aodh Ruadh toasting a first Division 1 win since their return and leave Milford heads being scratched.

Aodh Ruadh will have wondered how they managed not to lead at half-time.

Milford managed to stay in touch, having initially taken 13 minutes to get off the mark through a McGettigan ’45, but it wasn’t until Barrett drilled over twice in quick succession that Danny O’Donnell’s men looked to make a fist of it.

The interval came just as Milford were starting to look in the mood and Black fired narrowly wide on the resumption as they sought a means of pulling free.

Instead, it was the opposite that happened as Dolan and Aodh Ruadh stormed to a win, keeping Milford – who survived in their own maiden Division 1 season last year – waiting for a win of their own.